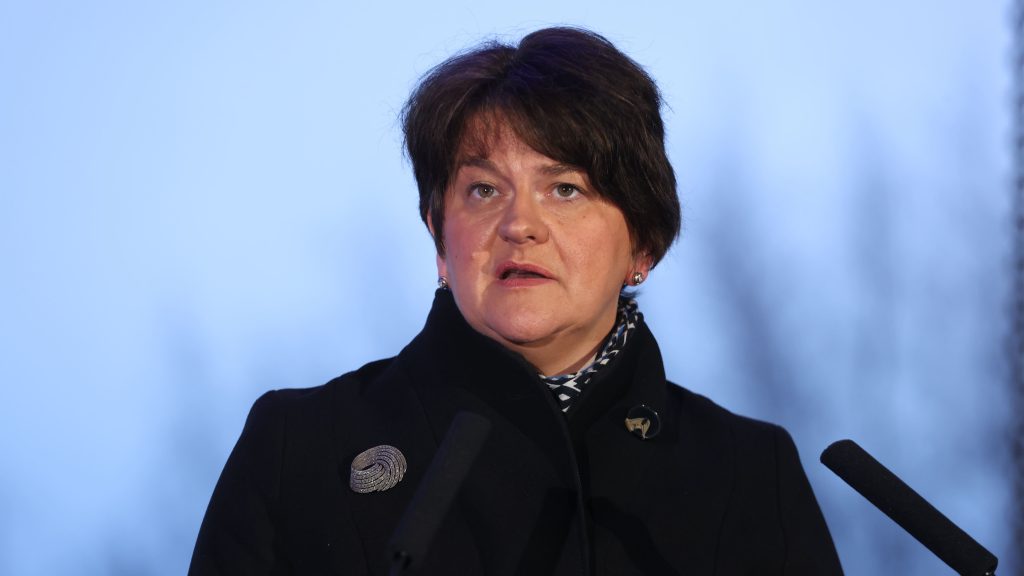 Sinn Féin has accused Arlene Foster of making up policy on the hoof after the first minister suggested revisiting Stormont’s decision on schools reopening.

On Monday night, Mrs Foster indicated the DUP’s desire for a more rapid return to classrooms than the phased approach agreed by her party only four days earlier.

Last Thursday, the Stormont executive announced that some primary school pupils would return to class on March 8, with some older post-primary school children returning on March 22.

Ministers did not commit to a date for the full return of the wider school population.

A change in tone?

Her comments came after prime minister Boris Johnson announced a full return to school in England on March 8. Mrs Foster said DUP education minister Peter Weir had wanted to pursue a similar strategy at last week’s executive meeting but she said Stormont’s health advisers “didn’t think that that was the right way forward”.

She told the BBC:

I understand that we have to take a safe and sustainable way forward, but I hope we can now revisit that again because I know full well from my own personal experience that the kitchen table is no substitute for a classroom,

Nothing has changed since last Thursday and in fact the CMO (Dr Michael McBride) told us last week that the reopening of schools completely would lead to a rise in the R number by between 0.3 and 0.7,

If the R rate at the minute is sitting around 0.75, even if we only hit that lowest number, it brings us back above one and we’re back in the exact same situation again.

It’s disappointing that Arlene wants to go and make policy on the hoof in interviews on the TV last night. Nothing has changed. The only thing that has changed is that Boris Johnson has decided to make a decision for England.

You would think by now that the DUP would have learned not to hitch their wagon to Boris.

When are pupils returning?

Only vulnerable children and those of key workers have been in at mainstream schools in the north of Ireland since January. The executive decided last week that primary school pupils in year groups P1 to P3 would return to face-to-face learning on March 8.

Pre-school and nursery children are also due to return on that date. Ministers decided that secondary pupils in key exam years, year groups 12 to 14, will return to school on March 22.

The P1-P3 pupils will revert to remote learning for a week on that date, for the week prior to the Easter holidays, to minimise the impact on infection rates of years 12-14 returning. No decisions were taken on whether other year groups will return to class after the Easter holidays.