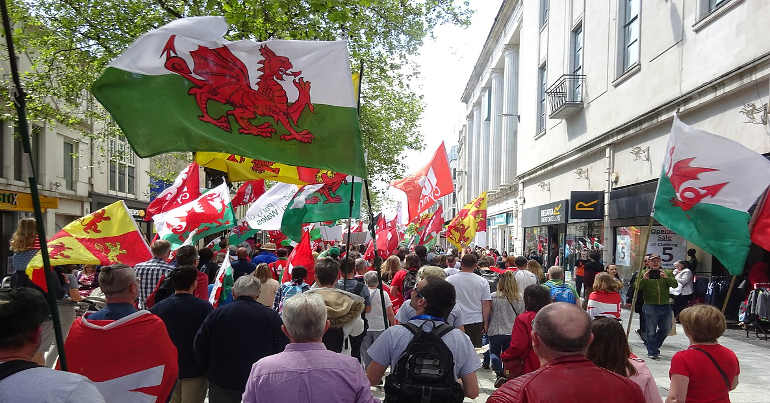 Sunday 21 February was International Mother Language Day, and people around the world took the opportunity to stand up for oppressed mother tongues.

The International Mother Language Day is a global event intended to highlight the need to protect linguistic diversity. And as activists stood up for oppressed languages around the world, there’s also a need to stand up for linguistic freedom closer to home.

Commentators on Twitter highlighted the continued oppression of the Kurdish language.

Several people pointed out that a schoolteacher in Iran has recently been sentenced to five years in prison for teaching Kurdish children in their mother tongue:

Today is #InternationalMotherTongueDay, an important day for Kurds whose mother-tongue has been repressed for decades & continues to be in 2021. A few days ago, Zara Mohammedi, a teacher in #Iran was sentenced to 5 years in prison for teaching Kurdish children their mother-tongue pic.twitter.com/a0iMdP5FDY

Several people tweeted about language rights in Bangladesh, commemorating four people who were killed by police in the 1950s while demonstrating for the right to speak Bangla:

21st February is known as Ekushey February or International Mother Language Day. On 21st February 1952, in Bangladesh, Salam, Barqat, Rafiq and Shafiur and many others sacrificed their lives in order to able to speak their mother tongue, Bangla, freely. pic.twitter.com/rjNxoTaSsL

Today we honour the brave students at the University of Dhaka that went against the gov of Pakistan in 1952 and arranged mass rallies to make Bangla a national language.🇧🇩

The police open fired & many gave their lives for their mother tongue on this very day.

Closer to home in Wales, lots of people sent tweets celebrating the Welsh language on 21 February:

It's UNESCO International Mother Language Day & we’re proud to be a trilingual project. Cymraeg, Gaeilge and English are integral to the amazing coastal communities we work with e.g. through their place-names. To celebrate, here’s a poem by @HywelGriffiths about Ynys Enlli, Wales pic.twitter.com/PDnG1jQP4A

Sky News interviewed Alex Rawlings about International Mother Language Day in 2020. Rawlings is a multilingual travel writer. The interviewer asked: ‘which language is the most pointless’.

According to the Nation Cymru:

Alex Rawlings, who speaks 15 languages, had been invited on to discuss UNESCO’s International Mother Tongue Day.

The presenter asked: “Which is the most pointless?” She then pointed to her ear and said: “People in my ear just said Welsh. That’s insulting-”

It doesn’t matter how big or small that community is. And I’m really proud of the fact that in the UK, we have indigenous languages like Welsh and Gaelic and Irish and they’re promoted and a part of this country and I’d love to see that continue.

The presenter later tried to pass the comment off as banter. But viewers responded angrily on Twitter:

The fact I can't find any other news besides @NationCymru discussing how @SkyNews 1. Asked @alex__rawlings which is the most 'useless' language on @UNESCO #InternationalMotherTongueDay & 2. #SkyNews SUGGESTED Welsh … says A Lot on Both counts #Britain

A pattern of marginalisation

Unfortunately the situation isn’t much different this year. The notion that Welsh is a pointless language is part of a pattern of repression and marginalisation of the Welsh language that is still alive and well today.

Just last month The Canary reported allegations by a Welsh language speaking prisoner at HMP Berwyn (in North Wales) alleged that he and others were being discriminated against for speaking Welsh in the prison.

And last week a director of Iceland the supermarket was fired after mocking the Welsh language in his blog. He called the language “gibberish” and allegedly previously compared it to the sound of someone clearing their throat. Additionally, writer Lowri Llewelyn feels the language is the subject of “ridicule” in the UK.

The Canary asked Mabli Siriol about the need to protect the Welsh language. Siriol, a chair of Cymdeithas yr laith (the Welsh Language Society) said:

Welsh is a living, breathing, dynamic language, with hundreds of thousands of people using it every day across the country. However, more needs to be done to increase the number of Welsh speakers and strengthen Welsh as a language of daily life in workplaces, services and communities. That’s why we’re calling on the Welsh Government to ensure Welsh-medium education for all, create a thousand spaces where Welsh is the primary language and offer free Welsh lessons to all adults.

The right to live through the medium of Welsh is a fundamental right, and we are extremely concerned whenever this right is undermined.

We are unfortunately more than used to hearing people make derogatory comments about the Welsh language, but such comments are completely out of touch with the lived experience of hundreds of thousands of Welsh speakers and the majority of people in Wales who celebrate and support the language.