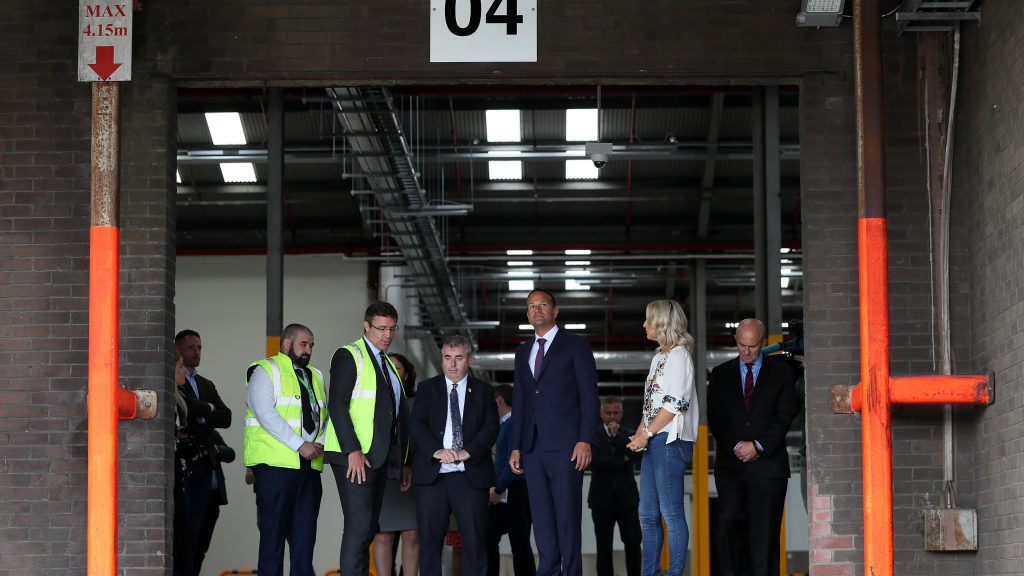 The Irish Premier said he understands criticism that border checks in a no-deal Brexit undermine the Good Friday Agreement.

Leo Varadkar outlined the impacts of the United Kingdom leaving the European Union without a deal during a speech to business leaders in Dublin.

He said there will be checks on goods and live animals, which he said would take place “as far as possible” in ports, airports and at businesses.

“But some may need to take place near the border,” he said.

Mr Varadkar was speaking at Dublin Port, where he was inspecting the new examination and customs buildings erected as part of the Government’s ongoing preparations for Brexit – to meet the requirements for new checks on consignments of goods imported from, or going to the UK.

The concession has been met with criticism, as many view the emergence of any infrastructure near or on the border as in contravention to the Good Friday Agreement and Northern Ireland peace process, which enables a free flowing border for goods and travel.

“I understand the criticism and certainly no one in the Irish government wants there to be checks near the border, between north and south,” Mr Varadkar said on Sunday.

Mr Varadkar appeared to lose his train of thought when answering the question, repeatedly offering four solutions to the avoidance of a hard border, but only offering three, while counting on his fingers.

“That’s why we designed the backstop to avoid that,” he continued.

“We’ve always been open to alternative arrangements, but we haven’t yet seen those come forward – but any of those are ones we can accept.”

“There cannot be any check anywhere on the island of Ireland, it would be an act of absolute political vandalism and anywhere checks might be located, it would represent a serious breach of the Good Friday Agreement,” she said.

“You can dress it up any way you want, whether it’s a big bang or gradual process, the introduction of checks and customs and tariffs at any speed means you have not only breached the all-island economy but a fundamental building block of the Good Friday Agreement so that can’t happen.”