Johnson hopes to bluff his way out of the Brexit mess. But it may mean jail, say legal experts. - Canary 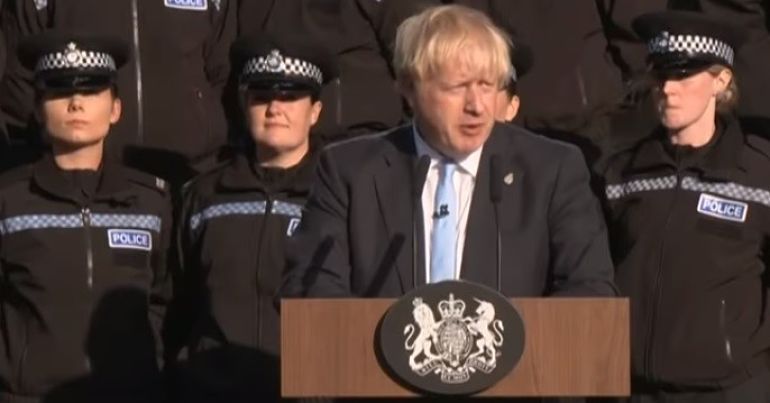 UK prime minister Boris Johnson hopes to bluff his way out of the Brexit mess he finds himself in. But according to law experts he could end up being jailed.

Meanwhile, Amber Rudd MP announced her resignation from the Cabinet and the Conservative Party. This was in response to Johnson’s handling of Brexit and his treatment of her one nation Tory colleagues.

Johnson would “rather be dead in a ditch”

A cross-party bill that requires Johnson to seek a delay to Brexit until January 2020, unless a deal with the EU is agreed by 19 October, was passed by Parliament. And it is expected to become law on Monday 9 September.

But Johnson has unequivocally stated he’ll refuse to delay Brexit. He added “I’d rather be dead in a ditch” than ask Brussels for a delay in Brexit:

And in case of doubt, in an email to Tory MPs Johnson said:

“[Parliament] just passed a law that would force me to beg Brussels for an extension to the Brexit deadline. This is something I will never do.

Former director of public prosecutions Lord MacDonald reportedly said that Johnson could be jailed for contempt of court should he ignore a legal demand that he delays Brexit:

NEW: So what could happen if the PM refuses to comply with the law on Brexit?

Also caught would be any person, even if not a public official, who conspired, assisted or encouraged the offence

In other words, cabinet members and Johnson’s advisers. Moreover, if they or Johnson are not arrested by the police, they could be subject to a citizen’s arrest (notwithstanding the high security afforded to the PM and his associates).

There is an argument that Johnson’s refusal to delay Brexit is all about forcing opposition parties to agree to a snap election, expected to be called on Monday. But if Johnson wins that election, with the help of the Brexit Party, he could still go for no-deal by seeking to repeal the legislation and rescind any court order.

And there is another consideration:

Ultimately, the Prime Minister has it in his power to make sure that the UK does not get an extension (even while fulfilling his legal duty to request one) by making certain demands that the EU is bound to refuse.

Meanwhile, to be on the safe side, opposition parties are likely to request a court order “to compel Mr Johnson to seek a delay”.

But Johnson could decide not to call for a general election once parliament returns on 14 October, after the prorogation period ends. Should that happen, Labour could then call for a vote of no confidence and seek to form a caretaker government.

Hannah White, deputy director at the Institute for Government, sums up her views on what could likely happen over the next few weeks. They include how the Queen could play a significant role:

‘It would be open to the Queen to sack Boris Johnson’, says Hannah White from the Institute for Government.

Whatever happens, the game is on. And depending on what his next moves are, Johnson could end up being the first UK prime minister to end up in jail.