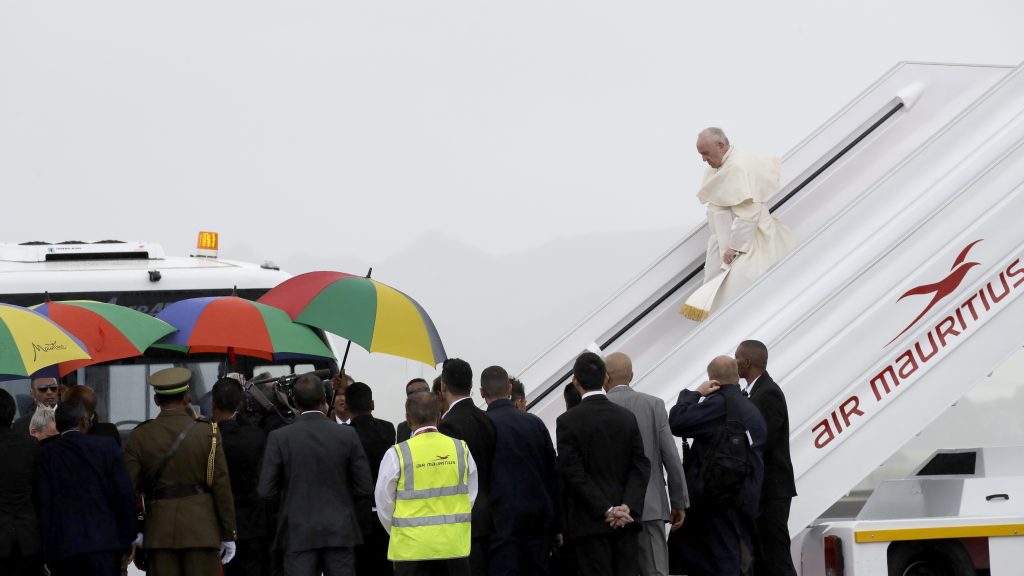 Exiled Chagos Islanders have used Pope Francis’s visit to Mauritius to draw attention to their campaign to return home.

Earlier this year, the UN General Assembly voted overwhelmingly to demand that the UK, which held onto Chagos after granting Mauritius independence in 1968, ends its “colonial administration” and return Chagos to Mauritius.

Britain has refused to do so, saying its presence on the archipelago is strategically important.

Britain evicted about 2,000 people from Chagos in the 1960s and 1970s so the US military could build the air base at Diego Garcia.

Many resettled in the UK and have fought in British and international courts to return to the islands.

On Monday, Chagos delegation leader Suzelle Baptiste said some of those evicted had met with Francis two years ago at the Vatican and explained their plight.

“For our community it is very important to be here to welcome the pope and at the same time we know that the pope knows about our cause so we are here to greet him in joy and to pray together with all Mauritian families,” Baptiste said as delegation members, some of whom wore pins reading Let Us Return, waited for Francis to arrive.

It was not clear if Francis would raise the plight of the Chagos in his private talks with Mauritius’s president and prime minister.

He was, however, expected to flag concerns about corruption and other ills associated with Mauritius’ growth into what some consider to be a global tax haven.