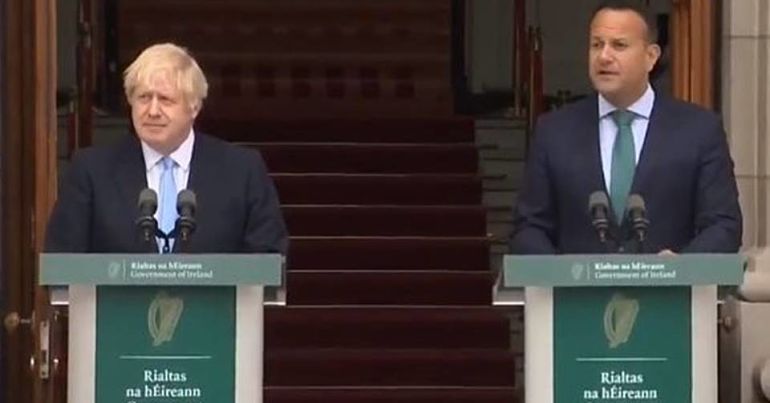 Boris Johnson met An Taoiseach (Irish Prime Minister) Leo Varadkar in Dublin on 9 September. And while the “stakes are high”, Varadkar didn’t “anticipate a big breakthrough” at this meeting.

However, Varadkar indicated he was open to the UK extending its exit date from the EU beyond 31 October:

if an extension is required to do those things, well I think any politician should be prepared to do that

It’s the first official meeting between the two men since Johnson became prime minister on 24 July. Johnson faced criticism for not visiting Varadkar much sooner. Varadkar planned to discuss whether a regulatory alignment between the south and north of Ireland might form the basis of a Brexit solution.

Meeting about a meeting

While Varadkar didn’t believe a breakthrough was likely in this first meeting with Johnson, he does believe one is possible at the EU summit on 17-18 October. But that could also depend on what happens in the UK parliament this week and whether a general election is called.

The difficulty so far

The current withdrawal agreement between the UK and the EU’s 27 member states includes a ‘backstop’ agreement. This agreement is “a legal guarantee to avoid a hard border under all circumstances”, but means the UK could remain in a “single customs territory” for a period of time. This is something Johnson’s government and its DUP partners strongly oppose.

When is a breakthrough likely?

Taoiseach Varadkar said while he wasn’t expecting a breakthrough in his meeting with Johnson, he does see the meeting as a way to see what “common ground” might exist. The most likely place for an agreement is at the EU summit in October.

At the close of their meeting today, Varadkar told Johnson “there’s no such thing as a clean break, or just getting it done”. And he said that if there were to be no deal it would cause “severe disruption for British and Irish people alike, not so much on the continent”. But in any case, he continued, they will have to get back to the negotiation table to work on issues that had previously been resolved as part of Theresa May’s Withdrawal Agreement.

An election in the UK, which could result in a new prime minister, could change that. And whether that election is likely or unlikely still remains to be seen.