You've got to hand it to the Irish PM, he just out-Boris-ed Boris right to his face - The Canary 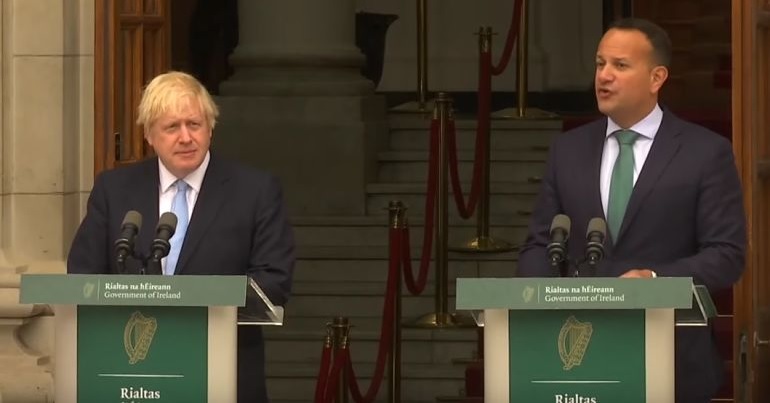 You’ve got to hand it to Ireland’s PM Leo Varadkar – he played a blinder on 9 September. In a press conference with Boris Johnson, he proved he’s got the UK PM’s number: by out-Boris-ing the man himself.

In the press conference in Dublin, Johnson reaffirmed his desire to leave the EU on 31 October. But he admitted that leaving without a deal would be a “failure” and insisted he wants to make a deal with the bloc. Varadkar also said he thinks a deal is “possible”, though he had a few choice words for Johnson:

Quite a loaded “Athena to your Hercules” jab from Irish PM. She helped Hercules when he went mad by knocking him unconscious, preventing him from killing more people than he already had (including his children). https://t.co/mIqeGTATcv

Johnson himself is well known for making classical references – sometimes quite nonsensically. So the Irish PM’s comments show he has Johnson’s number, as a source close to Varadkar said:

It’s well known that Boris is into his classics and literature, and the Taoiseach meant the Herculean reference as a compliment, the entire meeting was supposed to be complimentary.

But as much as this source says the reference was meant to be “complimentary”, it’s hard to see it that way. Firstly, because Varadkar out-classicised the classicist. That’s got to burn. Furthermore, the Irish PM’s chosen reference was way too close for comfort. As many have pointed out, in Greek mythology, Athena is the goddess who stopped Hercules, mid-rampage, from doing any further damage to his own family. Then, after the frenzy, Hercules found himself dependent on her to make amends for his crimes.

Given Johnson is a PM who stands accused of trying to bulldoze his country into a catastrophic no-deal Brexit – which could potentially break up the UK – it’s a fitting comparison. Whether Johnson will see it as a ‘compliment’, however, is quite another matter.