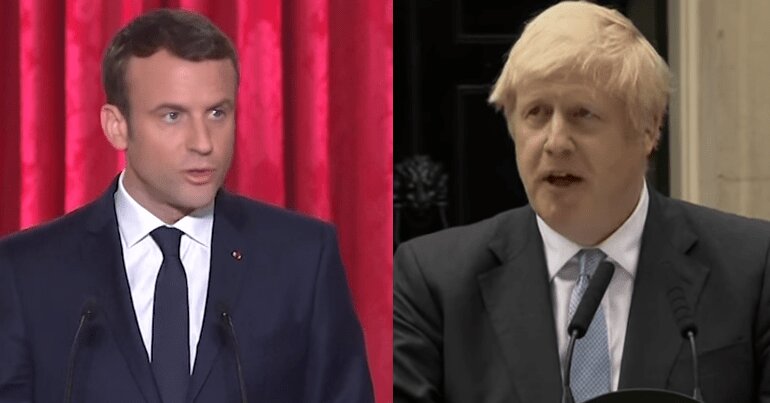 France has thrown a spanner in the Brexit works that could make an imminent UK general election highly likely.

“We are not going to”

This follows warnings that president Emmannuel Macron may well scupper another extension.

The news could fundamentally change events in Westminster. An opposition bill designed to prevent a no-deal Brexit is close to becoming law. The bill would effectively force Boris Johnson to ask for an extension should he not pass a withdrawal agreement before 19 October. The extension would be until 31 January 2019.

The law has been through both the Commons and the Lords and is due to receive Royal Assent, where it would become official, on 9 September.

But the legislation would rely on the unanimous support of the 27 other EU member states. Each nation has a veto, making the position of France highly significant. Without French support, the only way to stop Johnson carrying out no deal would be a vote of no confidence followed by a potential caretaker Jeremy Corbyn-led government and a general election.

On 2 August, a source did tell the Guardian that an extension was on the cards:

… probably [EU leaders] would be willing to accept a poor excuse [for delaying Brexit] if all the conditions are met.

But the new comments from France have cast doubt on that position.

Johnson appears to have no solution to the border in Ireland, which was the problem with Theresa May’s deal. The lack of progress is clearly having a knock on effect. The french foreign minister also said:

It’s very worrying. The British must tell us what they want

Former French ambassador to the EU Pierre Sellal has made similar warnings. Speaking to BBC Radio 4 on 6 September, Sellal said:

I believe that the situation has been deteriorating. It is very difficult to have the necessary trust that could justify a new examination of a new date.

The French could well have changed the Westminster Brexit game. That said, we cannot forget the other imminent problems facing Britain and the world.

Bring on a general election to prevent no-deal once and for all, end austerity and deliver a Green Industrial Revolution. Only an alternative government can achieve these critical aims.