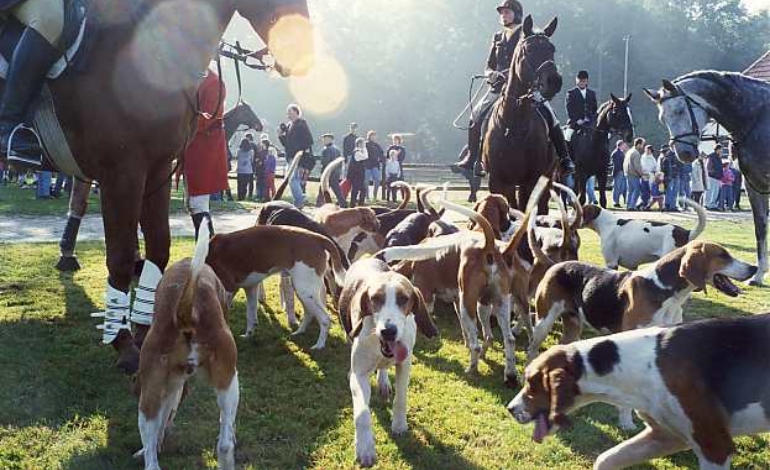 The news of an attack on a pet dog on a beach by hunting hounds has given another woman courage to come forward to speak about a horrific attack on her cat. And both incidents happened in the constituency of a Tory MP who wants to repeal the Hunting Act.

Tash Tozer-Martin claims that her cat had a massive wound on its cheek and needed surgery after infection set in. She says that she returned home to Newbridge, Cornwall following a shopping trip. And she found the cat “shaking like a leaf”:

He was all blown up, hissing and spitting. I opened my back door to find a fox hound at the door. I battled with the dog and managed to get it away. It took several minutes to get the dog off my property and it made several attempts to bite me.

According to Tozer-Martin, the cat “lost his entire cheek”. She also said that it was “still bald on his face” and that the “dog’s tooth went straight through his cheek and infection set in”.

The Canary previously reported that a dog and its elderly owner were attacked by hounds from the Cury Hunt in Gunwalloe. On this occasion, an eyewitness stated that the dogs were “baying” as they surrounded the dog. The eyewitness continued:

After [the pack’s] second or third loop, the pet dog had managed to get enough distance between itself and the pack, that the owner was able to grab it and pick it up. But then the front hounds turned on the owner, trying to get at the dog while he was holding it. One of the riders started beating the hounds down with his horse crop. And eventually they backed off.

The Cury Hunt was not involved in the incident with the cat. But the neighbouring Western Hunt is alleged to be responsible for the attack.

Tozer-Martin contacted the hunt. But she was not pleased with the response. She said that:

The hunt master stood in my kitchen and assured me that the hounds had no interest in my cats, dogs or me. I now live in fear of a return visit.

Meanwhile, the Cury Hunt issued a response saying it “very much regrets” the incident in Gunwalloe. And the National Trust, on whose land the attack took place, stated:

The Trust takes these incidents very seriously and following a meeting between representatives of the National Trust and the hunt, the hunt have agreed to not meet again for the duration of this season on land owned by the National Trust.

But it is possible that this is just the tip of the iceberg. According to the eyewitness in Gunwalloe:

This is one of the reasons why the person I was with has asked not to be named, because of fear there would be some repercussions. The people on the hunt may not take it very kindly.

Both attacks happened in the constituency of Tory MP Derek Thomas. And Thomas is in favour of repealing the Hunting Act. He states on his website that he doesn’t “believe the Hunting Act has done anything for animal welfare”. He continues:

At present I do not know how, or when, the Government intends to address the hunting question but I would like to see the matter resolved, as it should have been originally, on the basis of principle and evidence and not prejudice.

And it is clear from his website that he believes that fox hunting is not cruel and is the best way of ‘controlling’ the fox population.

But this is despite a wealth of evidence to the contrary. The Westminster government’s inquiry into Hunting With Dogs found that:

The overall contribution of traditional fox hunting, within the overall total of control techniques involving dogs is almost insignificant in terms of management of the fox population as a whole.

Additionally, according to the RSPCA, work by them alongside the League Against Cruel Sports, the Crown Prosecution Service and the police has led to the prosecution of 344 people. At the same time:

The number of successful prosecutions under the Hunting Act compares favourably with other wildlife legislation aimed at protecting animals.

The Canary contacted Derek Thomas to see if these attacks on pets affected his views on hunting and whether he was still in favour of repealing the ban. But he did not respond.

Thomas is not alone among MPs who want to repeal the act or support fox hunting, including Environment Secretary Andrea Leadsom. And despite popularity for hunting being at an all time low, Theresa May is still planning to allow MPs a vote on repealing the act.

But from the evidence of these attacks on pets, the ban needs strengthening rather than repealing. This is not the fault of the dogs, but their owners. And it’s time for a permanent ban on this barbaric pastime.

The Canary contacted the Western Hunt for comment but did not receive a response.

– Find your local group and support the Hunt Saboteurs Association.