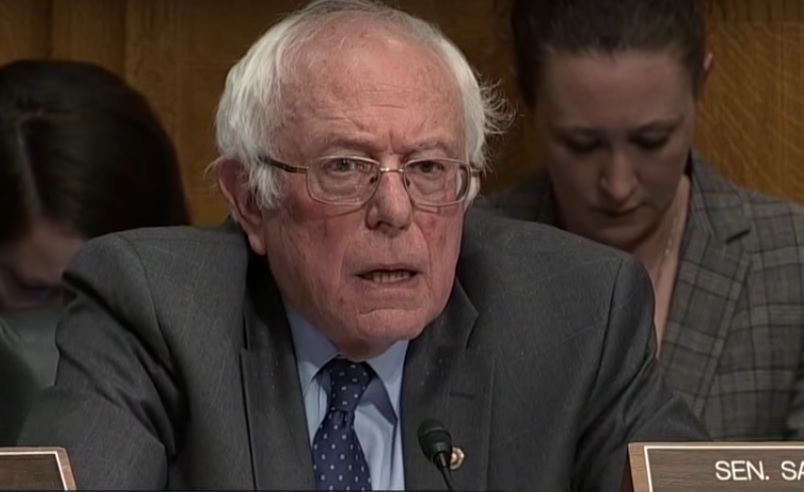 US Senator Bernie Sanders just put his finger on exactly what direction America is set to move under President Donald Trump.

While questioning one of Trump’s cabinet picks at a confirmation hearing on 17 January, the democratic socialist (who could well have beaten the billionaire real estate mogul in 2016’s presidential election) said:

There is a growing fear, I think, in this country that we are moving toward what some would call an oligarchic form of society, where a small number of very, very wealthy billionaires control, to a significant degree, our economic and political life.

Why Sanders appears to be right

The transition period between the presidencies of Barack Obama and Donald Trump has been full of controversy. Media outlets immediately criticised how Trump appeared to break his promise to “drain the swamp” in Washington DC when he picked a cabinet of multimillionaires. A cabinet at least twice as wealthy as Obama’s. A cabinet whose net worth – standing at an estimated $6bn – is far superior to that of the 43 million least wealthy US households combined (over a third of all households).

In short, Sanders’ comment about some of the wealthiest Americans being largely in control of US politics seems spot on. And if that was already the case before, then President Trump – sitting on his own $3.7bn fortune – is simply making it even more so. Vox, for example, suggests that Trump is likely to delegate a lot of issues to his wealthy cabinet members. This, Politico insists, so he can “focus on high-profile issues, publicity and his brand”.

But Trump’s at least surrounded himself with experts, right?

Well, not quite. If the President’s choice of Chief Strategist and CIA Director weren’t worrying enough, the lack of expertise of his affluent cabinet picks has also come under fire. Environmentalists, for example, are very concerned about how many climate change deniers or sceptics Trump has placed in positions of power.

Trump brags that he has picked “the best people” for his cabinet. But Adam Jentleson from the Center for American Progress insists that the President’s choices show he:

cares more about doling out favors to his cronies than having people who know what they’re doing running the government.

The Boston Globe is just one media outlet that has highlighted the lack of expertise among Trump’s cabinet picks. Former Republican presidential hopeful and neurosurgeon Ben Carson, for example, is set to run the housing department. And he has sought to calm the worries of housing experts by insisting that “a good CEO doesn’t necessarily know everything about the business” but “knows how to pick those people [i.e. experts]”.

The nominee for Education Secretary, meanwhile, is another wealthy pick with little experience. Betsy DeVos is a former Republican Party leader and fundraiser. She’s also the person to whom Sanders was directing his questions in the video above. He believes her family has contributed around $200m to the Republican Party over the years.

Essentially, says Vox, DeVos is “a single-issue activist” who favours increased private and religious involvement in the education sector. As The Intercept‘s Jeremy Scahill asserts:

Her long public record indicates she is a religious Christian zealot who does not believe in the actual separation of church and state, wants public monies funneled into religious schools, and has contributed through family foundations to bigoted groups with a militant anti-gay agenda.

Scahill also accuses her of lying at her confirmation hearing about not being on the board of her mother’s foundation during a period when it made large donations to an anti-LGBT hate group. DeVos herself has denied this, calling her presence on the board “a clerical error”.

The rule of the wealthy

Sanders is right. Trump is not the only member of America’s richest 0.1% now in power. He’s brought his friends along with him. If elite rule was already in place, it just got a whole lot worse. His cabinet picks are testimony to that. And the policies they enact will likely add further proof.

Realising that is the first step. The next is to organise for change.

The fightback starts with us. To change the current political and economic system, we also need a media revolution. Please read and support the work of independent news outlets which seek to hold the powerful to account while informing and inspiring the struggle for an alternative. Add more that you like in the comments section:

– See more on Donald Trump at The Canary Global. Read more from Bernie Sanders in the featured book.