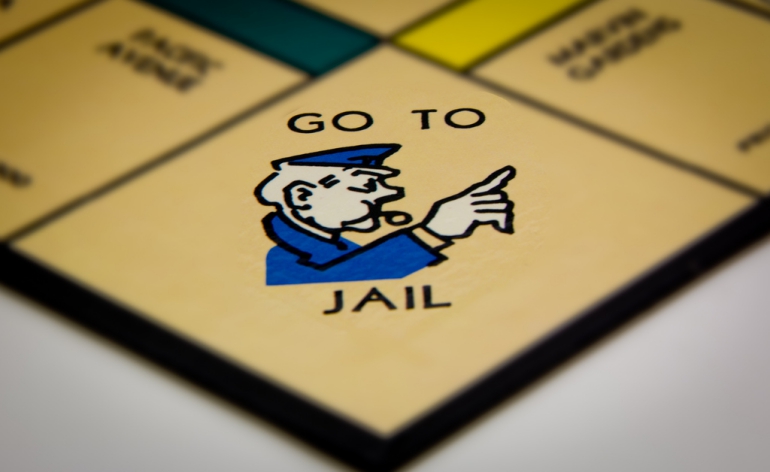 A woman spent an ‘unlawful‘ 40 days in jail for failing to pay her council tax. The magistrates in Bridgend ordered her imprisonment after she failed to pay £10 a week to cover her £4,700 worth of arrears.

But Melanie Woolcock was sick and struggling to pay the rent and feed her teenage son. And she therefore fell behind in payments and magistrates imposed an 81-day prison sentence. She was released on bail after 40 days when she contacted a charity which launched an emergency appeal.

But the High Court has now ruled that her imprisonment was unlawful. Justice Lewis said:

There was no evidential basis on which the magistrates’ court could conclude that there had been culpable neglect in non payment.

There is a risk of imprisonment for failing to pay council tax. But it is a last resort. The court is supposed to consider whether a person:

And a person can be sent to prison for up to three months if:

The court decides you don’t have a good reason to not pay your Council Tax and you refuse to do so.

But Woolcock had both good reasons, and was trying to make payments. By the time bailiffs turned up on her doorstep to arrest her, she had paid £100 of the debt. She said she was now up to date with payments. By that time, however, she was told it was “too late”.

Woolcock said she was forced to leave her son with her mother when the police arrested her. And she described the impact it has had on both of them:

When I came home [from prison], I didn’t realise the effect it had on me, I couldn’t sleep. My son was traumatised in the manner I was taken. I had to leave my son screaming, crying.

I think it’s wrong that if you’re struggling with a bill that you are sent to a prison full of criminals when I’ve never committed a crime in my entire life, never had a parking ticket.

Following changes to council tax benefit in 2013, thousands of previously exempt people are now liable for the charge. This has led to queues at courts. And many of those affected are the poorest and most vulnerable. Many of these cases end up with bailiffs, which add further charges and anxiety.

According to The Money Advice Trust, 2.1 million debts were passed to bailiffs by local authorities in 2014/15, an increase of 16% over a two-year period. Of these, 1.27 million related to council tax arrears.

Unfortunately many councils are still being far too quick to pass debts to bailiffs. Bailiffs should only ever be used as a last resort – and they shouldn’t be used at all in the case of recipients of council tax support, who councils have already identified as requiring additional help to keep on top of their finances.

The cost of imprisonment

The financial and emotional cost of imprisonment can be immense. As Woolcock stated, her time in Eastwood prison affected her son as well as her. And it doesn’t even make financial sense.

According to government figures [pdf], it costs £37,124 a year or more per prisoner in a women’s jail. That’s £101.71 a day. So, Woolcock’s imprisonment cost the government nearly as much as her original debt itself – at least.

In Victorian times, debtors’ prisons made up the majority of the prison population. Now, in the 21st century, people are still sent to prison essentially for the ‘crime’ of being poor.

Speaking about the case, a spokesperson for Bridgend Council stated that:

We understand that the resident in this case was jailed after failing to meet the requirements of the suspended sentence issued by the magistrates’ court. Our advice to anyone who is experiencing difficulty paying their council tax is to contact us as early as possible so that we can help and advise them.

But this simply isn’t good enough. Woolcock was illegally imprisoned. And the very least the council should do is apologise.

There are clear links between poverty and imprisonment, whether through issues such as council tax arrears or shoplifting to put food on the table. Instead of building new prisons, we need to be looking at the roots of poverty. And we need to ensure we are not locking people up just for being poor.

– If you’re struggling with debts, contact the Citizens Advice Bureau.