Did you get duped by The Guardian's 'three-line' Brexit farce? 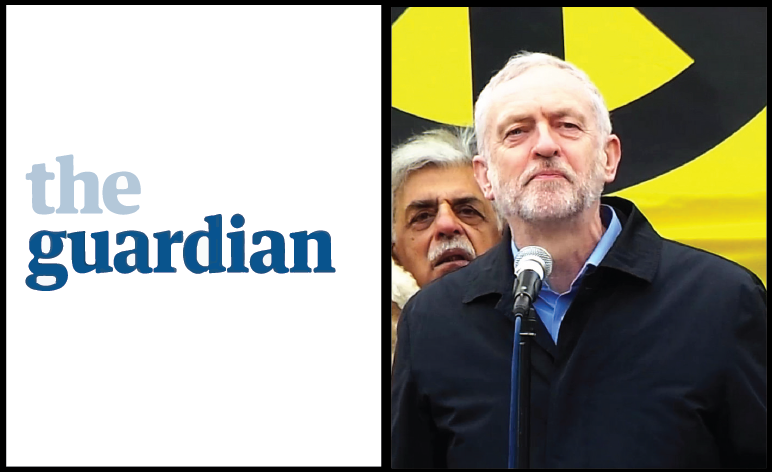 On 19 January, The Guardian reported that Jeremy Corbyn had ‘signalled’ he would impose a three-line whip on his MPs. This is when a political party strongly urges its MPs to vote in line with its leadership. And the vote in question was the parliamentary vote on the triggering of Article 50. But the problem is that neither Corbyn nor his team have spoken of imposing a three-line whip. Many of his supporters now believe that they have, though, thanks to The Guardian article.

According to The Guardian article:

Jeremy Corbyn will order Labour to vote in favour of triggering article 50 in a move likely to prompt a rebellion of around 30 MPs, including several frontbenchers.

The Labour leader signalled on Thursday that he would impose a three-line whip if the government lost its supreme court challenge and brought a Brexit bill to parliament.

This obviously does not explicitly say that he will, although it is strongly suggestive of it. The original headline, which can still be seen in the article’s web address, was explicit:

Compared to the amended headline on The Guardian‘s website:

Corbyn's team: "Jeremy didn't commit to a 3 line whip as has been reported, Labour clearly can't commit to any whip until we see the bill">

Really sad to see this stuff repeatedly. Especially when Guardian, in so many areas, is superb, informative outlet in these difficult times.

The response to Corbyn ‘imposing a three-line’ whip has been largely negative:

MPs should be able to make their own principled decision on one of most important issues in UK recent history https://t.co/UGgZ9VFm5g

Corbyn is wrong to three-line whip Labour MPs on Article 50. Brexit is the biggest threat to the UK since World War 2. May is dangerous

I think this is it, for me. I can't defend that on the doorsteps or on the ballot. I'm off. https://t.co/Wj9TzxAx1O

I asked JC's team if they wanted to issue an on the record statement denying they planned to impose a three-line whip; they said no. https://t.co/AqPYGWs2Sk

so you fabricated the quote then

The fact that Corbyn’s team has not yet issued a statement does not give The Guardian the right to make up their minds for them. And as Aaron Bastani points out, it would be strange for Labour to impose any whip before even seeing the bill. Especially as Corbyn has often avoided three-line whips. Even on issues he has felt strongly about, like Trident.

And just hours after suggesting MPs will be subjected to a three-line whip on the vote, meaning they would have no choice but to back Mrs May, aides close to the leader said no decision on the party’s stance had been made.

Stewart had a final message for those who took issue with her article:

Last point before I leave trolls behind for weekend: some Lab MPs told me they welcomed what they saw as JC's leadership in whipping on A50.

A point which seems to suggest that fabricating information is fine as long as some people enjoy the fabrication. But it isn’t. And it is essentially fake news. Because The Guardian has taken this reality:

And turned it into this:

Bastani was again right to point out that The Guardian can be a superb and informative news source. But that cannot excuse journalism which plays fast and loose with the truth. We need news sources like The Guardian which do great investigative work. But every time they do something like this, their readers lose a little bit more faith in them.

UPDATE: The original Guardian headline was formerly shown via a tweet. However, due to Twitter updating, said tweet began to display the amended headline. The original headline can still be seen in the Guardian article’s web address.

– Play your part in the ongoing media revolution by reading and supporting new media organisations that do better. Please add more that you like in the comments.