This story went viral, yet the German Chancellor's office confirms The Express fabricated the whole thing [EXCLUSIVE] - The Canary 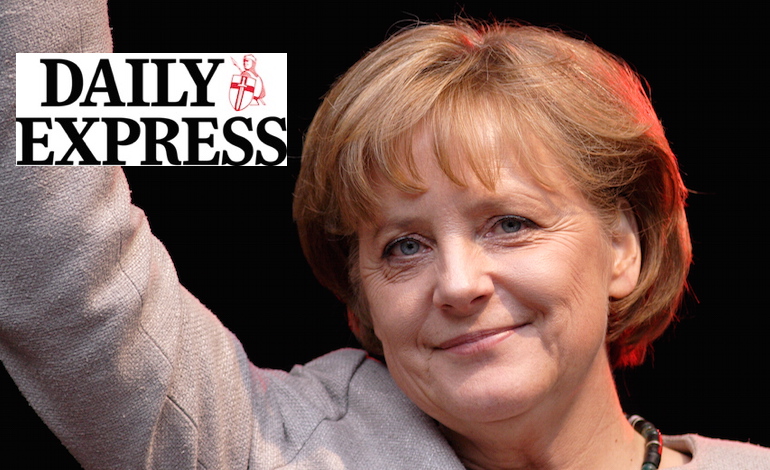 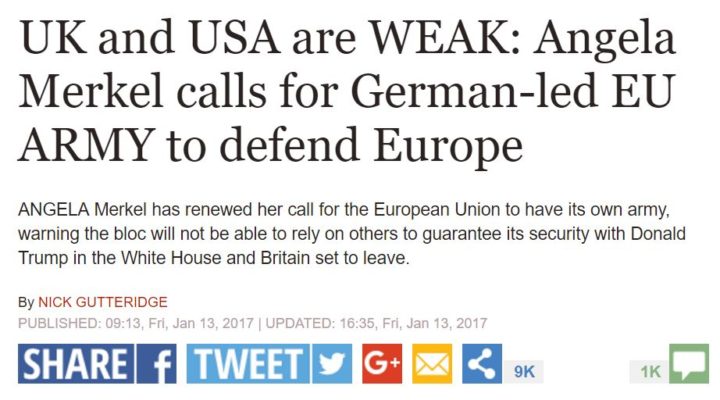 The headline is nothing short of incitement to xenophobia. It is worded to stir nationalism and anti-European sentiment within the UK. But it’s also entirely made up. Angela Merkel said no such thing. Regarding either the military capabilities of the UK and USA, or the need for a “German-led EU army”. The Express headline is a hoax – the very definition of ‘fake news’.

Nothing presented in the article by Nick Gutteridge provides any reason to run such an inflammatory headline. Nor was there any hint of a slur upon UK and US forces in the snippet of the speech provided. The newspaper used a small and scarcely reported public appearance by the German Chancellor in Brussels as an opportunity to engage in unsubstantiated war-mongering. Then relied upon there being little evidence in the media to contradict it.

They were correct in that prediction. The only full version of Merkel’s speech on YouTube is in her native German, with no translation. Anyone but a fluent German speaker would typically pass it by. So The Canary contacted Angela Merkel’s Press Office for a statement.

Chancellor Merkel did not make any reference whatsoever to the UK and/or USA being ‘weak’ in her speech in Brussels on January 12, nor did she ask for ‘a German-led EU army to defend Europe’. This does in no way reflect her thinking. There is no factual basis for The Express headline.

So it appears the newspaper saw fit to ‘report’ on an imaginary arms race simply to incite fear.

The paper’s notions of a “German-led EU army” played upon the tragic legacy of two world wars, and targeted residual concerns within the British psyche, particularly amid older generations. And it worked admirably, as one comment on Facebook demonstrated: 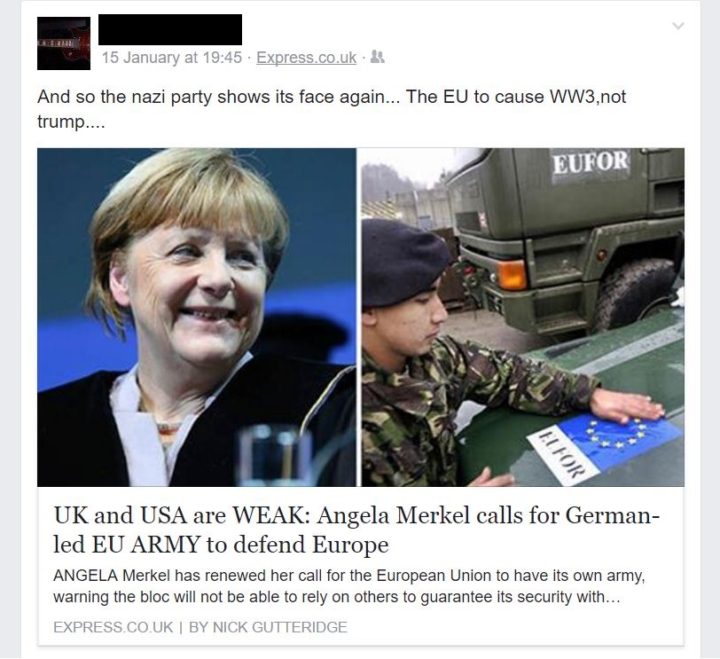 In the footage, Merkel states [translated]:

Concerning our traditional partners, there is no eternal guarantee for close collaboration with us Europeans. That’s why I am convinced that Europe and the European Union will have to learn to take more responsibility in the world in the future.

Europe is facing the biggest challenges for decades. It would be naive to always rely on others to solve the problems in our neighbourhood.

That is a far cry from accusing the UK and USA of being “weak”. In fact, there is no sense of competitive militarism at all in the footage used by The Express. On the contrary, Merkel virtually acknowledges the military might of the UK and US by implication. She simply states that, while the EU was formerly able to rely on those forces, it might now have to take a more active role in its own defence in the wake of Brexit and Donald Trump’s election to the White House. Trump, for example, has strongly suggested that allied nations around the world are too reliant on American power. Not to mention any formation of an EU army could almost certainly have been prevented by veto, had the UK opted to remain a member.

By contrast, the UK tabloid – owned by million-pound donor and supporter of UKIP Richard Desmond – twisted innocuous words into fears of an impending arms race. Forbes ranked Desmond as the 37th richest man in Britain, with an estimated fortune of $1.34bn. And his publication, which openly supported Brexit and opposed the potential creation of an EU army, appears to have no problem with manipulating the news in an attempt to create greater fear of such a force.

– Support our work at The Canary, so we can keep holding the corporate media to account.