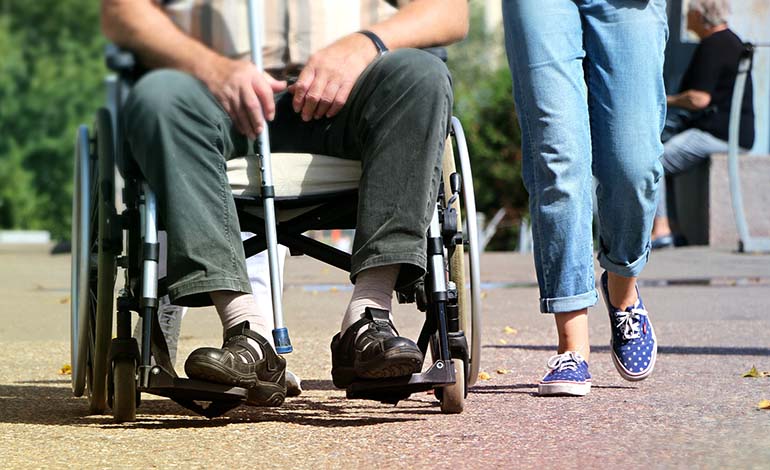 On 19 January, The Canary reported on the tragic story of Lawrence Bond — the man who died on the way home from the Jobcentre. Despite longstanding health problems, he was declared ‘fit for work’. He was subsequently stripped of his care allowance by the Department for Work and Pensions (DWP).

But unfortunately, his case is not an isolated one. A new investigation has discovered that other vulnerable people have been stripped of their care allowance. This time because of allegedly misleading or false assessment reports.

A two-month investigation was conducted by Disability News Service (DNS) into claims that health professionals, working on the DWP’s behalf, were generating false reports. DNS was contacted by more than 20 different people (registered disabled) who claimed they were stripped of their care allowance after an inaccurate assessment was made on them. DNS says:

The evidence compiled during the investigation suggests a far-reaching, institutional problem that stretches across DWP and the two private sector contractors – Atos Healthcare and Capita – that assess eligibility for personal independence payment (PIP) on its behalf.

The alleged dishonesty includes assessors: refusing to accept further written evidence from medical experts; wrongly claiming that detailed physical examinations had been carried out during the assessment; refusing to list all of a claimant’s medications; ignoring or misreporting key information told to them during the assessment; and reporting that a claimant had refused to co-operate with a physical examination, when they were unable to complete it because of their impairment.

As The Canary previously reported, Atos and Capita have been paid over half a billion pounds between 2013 and 2016 to carry out Work Capability Assessments (WCAs) on the DWP’s behalf. But it appears neither have been doing their job well. Of the 90,000 claimants who appealed against the decision to not grant Personal Independence Payment (PIP), 61% won the case.

We work with a range of experienced partners who are committed to providing you with a service that is:

The DWP has made it clear that it does not believe there is any dishonesty at all among its PIP assessors, and its press office has confirmed to DNS that the department will take no action in response to the investigation, but that it was ‘committed to providing a high-quality, sensitive and respectful service by conducting fair, accurate and objective assessments’.

A DWP spokeswoman said: ‘Independent audit is in place to ensure advice provided to DWP decision makers is of suitable quality, fully explained and justified.’…

Both Capita and Atos refused to answer questions about the evidence DNS has compiled, and Atos refused to comment at all, although Capita produced a brief two-line statement, in which it said it expected ‘all assessors to behave in a way that meets both our high professional standards and those of their professions’.

But the case studies in DNS‘s investigation suggest otherwise.

The investigation details a range of case studies which suggest some Atos staff are anything but professional or trustworthy.

In one example, it refers to Celia Cullum’s experiences. She was deemed fit to dress and undress unaided despite needing multiple walking aids. After complaining to Atos, the company admitted that “some errors occurred in regards to documenting accurate information and this… [would] be fed back to [the nurse] for future professional development”.

Likewise, Abbie Marshall was deemed ineligible for any PIP. This was after an Atos nurse carried out a “full physical examination”. Marshall claimed no such test took place.

Another claimant suggested the nurse was “very fast and hurried”, “bullying and heavy-handed” and “kept twisting things and putting words in… [her] mouth”.

The investigation comes as part of a larger inquiry by DNS into how health professionals treat people claiming for care support. The Nursing and Midwifery Council revealed it received 1,600 complaints in the last five years about nurses who carried out benefits assessments for three private sector contractors.

Despite the complaints and issues, the DWP continues to employ private companies. While the investigation cannot speak for all of the nurses working to assess claimants, it does show there is a fundamental problem. Vulnerable people are made to feel isolated, ignored and undervalued. And many are left without vital support.

– Write to your MP and hold DWP, Atos and Capita to account.