We need to stop saying that everything causes cancer 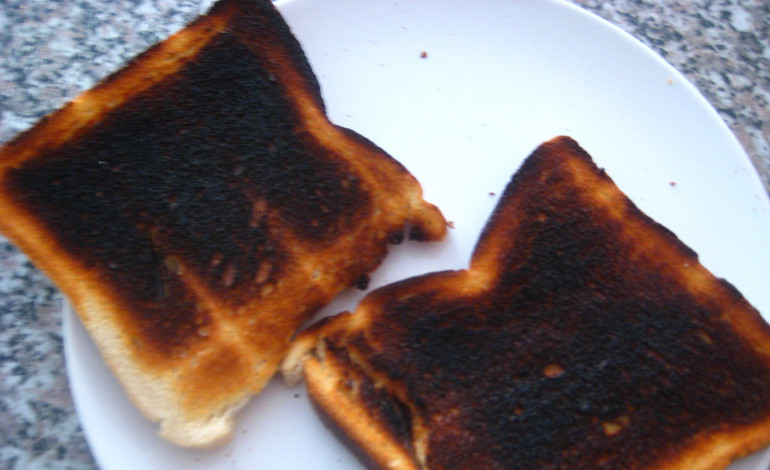 Last Monday the Food Standards Agency (FSA) launched a campaign called “Go for Gold”. The aim of the campaign is to raise awareness of the risks of acrylamide, a substance produced when starchy foods are overcooked. According to the FSA, “the scientific consensus is that acrylamide has the potential of causing cancer”.

But many experts have expressed their disagreement with the campaign. They argue that there is not enough evidence to say that acrylamide causes cancer. The National Cancer Institute notes that scientists have described a link between high exposures to acrylamide and several cancers in rodents, but that “the evidence from human studies is still incomplete”. And Cancer Research UK goes as far as to say that “evidence from human studies has shown that, for most cancer types, there is no link between acrylamide and cancer risk”.

Some may argue that prevention is better than cure, and that no harm can come from eating food before it’s too burnt. However, campaigns such as this one can help to undermine the credibility of science at a time when ‘fake news’ and ‘alternative facts’ are on the rise. They also arguably obscure more established risks between lifestyle and disease that have the potential to be tackled.

But as we will see, public agencies like the FSA are not the only ones to blame for the spread of the “everything causes cancer” myth. The real situation is far more complex.

In 2013, researchers Jonathan Schoenfeld and John Ioannidis found ‘evidence‘ that almost anything can give you cancer but can also protect you against it. They randomly selected 50 ingredients from a cookbook and searched the literature for links with cancer risk. They found that all but 10 had articles reporting either increases or decreases in cancer risk.

The point they were making is not that everything we eat either gives you cancer or protects you against it. Instead, their aim was to highlight that scientific papers often make claims based on weak evidence. And also that we should be cautious about results from one-off studies.

The current scientific publication system, with its biases, is also to blame. The scientific community is aware of these problems and there are several initiatives to tackle them. These include, among many others, the publication of negative results and funding studies to replicate previous results.

The take home message is that we should take any given study with a pinch of salt. Observations become facts only after they are reproduced consistently by many researchers. Science is an extremely valuable tool but it is by no means a silver bullet.

We must stress that uncertainty is inherent to science and is something completely different from ‘alternative facts’.

Regardless of the existence of a few studies that contradict global warming, the overwhelming majority of results indicate that it’s real. In the case of cancer, it might be too early to say that acrylamide causes cancer in humans, but it’s beyond doubt that smoking is a serious risk factor.

Flawed reporting of scientific results increases the perception that everything causes cancer. In the search of impact headlines, science reporting often over indulges in at least one of the following:

The “Go for Gold” controversy is the latest in a long list of rifts between scientists and public agencies. Scientific advice is far from straightforward involving many factors.

Sometimes politicians seek advice from scientists but then ignore it. For instance, the Advisory Council on the Misuse of Drugs recommended downgrading ecstasy according to its risk. The government not only ignored the recommendation, but ended up sacking David Nutt, then chairman of the council.

There are also situations when the agencies decide that the potential risks of a treatment outweigh the real risks of a noxious habit. Such as the NHS recommending e-cigarettes as a treatment to stop smoking.

In most cases the recommendations are sensible, but the details are rarely included in the headlines that announce them. Which takes us back to the media. For instances, newspapers recently reported that the World Health Organization (WHO) had said that processed meat causes cancer. However, reading the small print one realises that the WHO’s recommendation is that we should limit its intake.

Also, headlines like “Processed meats rank alongside smoking as cancer causes” are misleading, giving the impression that both are equally dangerous. In fact, the WHO classifies them both in the same group because the classification is based on the scientific evidence that a substance can produce cancer, not the level of risk (pdf, p2).

What causes cancer, then?

According to Cancer Research UK, more than one in two people will develop cancer at some point in their lives. The good news is that four in 10 cases are preventable. How? You probably won’t be surprised: not smoking, watching your weight, keeping a healthy diet, using sunscreen, cutting back on alcohol and keeping active.

The National Institute of Cancer’s website has similar recommendations.