Theresa May thinks she’ll get away with Trump’s state visit, but she’s in for a nasty surprise - Canary 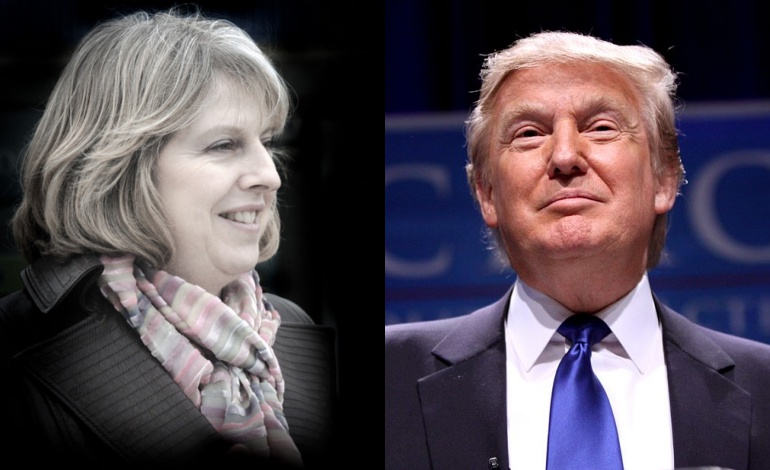 The government has rejected calls to withdraw its invitation to Donald Trump to come to the UK on a state visit. But with a petition against his visit passing the million mark and widespread protests planned, the British public may have other ideas.

The petition, which now has over a million signatures and is growing by the minute, is entitled: “Prevent Donald Trump from making a State Visit to the United Kingdom”. It reads:

Donald Trump should be allowed to enter the UK in his capacity as head of the US Government, but he should not be invited to make an official State Visit because it would cause embarrassment to Her Majesty the Queen.

Donald Trump’s well documented misogyny and vulgarity disqualifies him from being received by Her Majesty the Queen or the Prince of Wales. Therefore during the term of his presidency Donald Trump should not be invited to the United Kingdom for an official State Visit.

And while many would argue that the Queen’s embarrassment is not the main issue, the strength of feeling is clear. The UK does not want to see a racist misogynist invited as a state guest.

Downing Street has rejected calls to cancel Trump’s visit. But the petition has far surpassed the 100,000 signatures needed to trigger a parliamentary debate, and MPs will discuss it on Tuesday 31 January.

As Americans gather at airports to protest Trump’s ‘Muslim ban‘, the UK is acting in solidarity. Emergency protests have been called across the country.

In London, over 3,000 people indicated they will attend the “Emergency demo against Trump’s #MuslimBan and UK complicity”. But while social media posts are not always a good indicator of how many people will turn up, the strength of feeling is evident. And this is reflected across the country. From Scotland to Cornwall, people are planning to oppose Trump’s policies and Theresa May’s complicit relationship with him.

Further protests are being organised for when and if the state visit occurs. Despite not even knowing a date, nearly 10,000 people indicated they want to attend.

Theresa May might think she can cosy up to Trump. She may think the British public will be quiet while the world slips into fascism. She may think she can hold his hand and sell our NHS to US companies. But the public has other ideas. And it is speaking loud and clear. Her new-found friendship will not flourish without a fight.

– Attend one of the emergency protests happening around the country.

– Protest if, and when, the state visit happens.

– Don’t just make it about Trump, take grassroots action against racism and fascism in the UK.