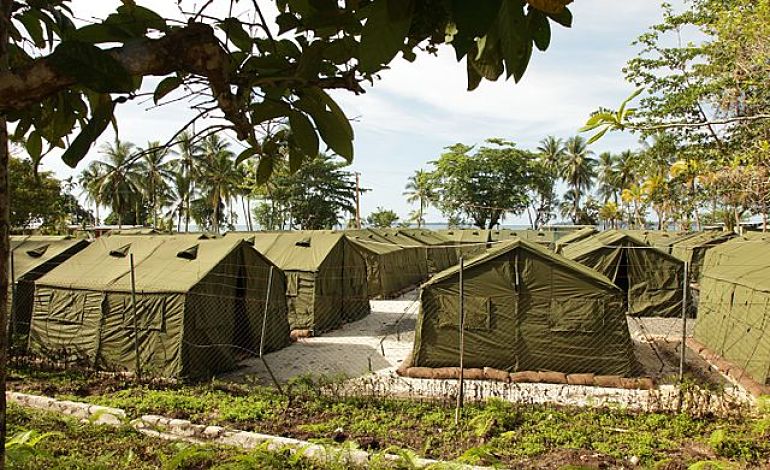 On Holocaust Remembrance Day, US president Donald Trump signed an executive order banning refugees for four months and bringing in massive visa restrictions. On the other side of the world, in response, one young refugee took remarkable direct action to secure his freedom. Action that could see the Australian government prosecuted for multiple crimes.

Loghman Sawari is a young Iranian. The Iranian regime had executed his cousin and imprisoned his two brothers. In 2013, his father urged him to flee the country. Consequently, Sawari (then aged 17) made his way by sea to Australia.

But the Australian navy intercepted Sawari during his journey. Authorities then transported him to Christmas Island, in Australian territory. From there, they took him to Australia’s prison gulag on Manus Island, in Papua New Guinea.

Sawari was one of the first asylum seekers on Manus to be recognised as a refugee. Consequently, he received permission to take up resettlement on Papua New Guinea (PNG), where he lived in the city of Lae.

Sawari found life in PNG unbearable. He became depressed and attempted suicide. But instead of helping Sawari, the authorities jailed him. Eventually, an expat Aussie who ran a centre for PNG homeless children came forward to offer Sawari support.

He begged to go back to the Manus Island detention centre because he felt he would be safe there. But authorities refused his request. So he fled the mainland by boat. His luck then turned, as locals on a neighbouring island gave him protection.

Eventually, authorities seized him and transferred him to the capital, Port Moresby. There, he endured violence and assaults from locals and guards.

In April 2016, the PNG supreme court ruled that Australia’s detention of refugees on Manus and Nauru was illegal. That decision paved the way for a deal with the US and other countries to relocate these refugees. Yet the Australian government has done nothing to expedite this deal.

US President Donald Trump announced his own crackdown on refugees in January 2017. And it was at this point that Sawari decided to act.

Using money saved up over several months, Sawari bought an airline ticket to Suwa in Fiji. And, somehow, he managed to board a plane at Port Moresby under a false name. 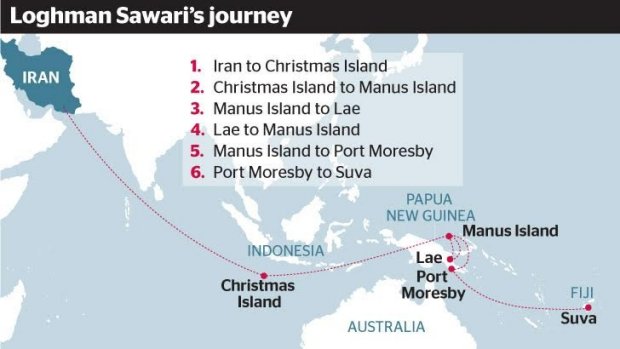 Australian Government in the dock?

Like Australia, Fiji is a signatory to the Refugee Convention.

A Fijian family has given Sawari refuge. Now, Sawari intends to present himself to Fijian immigration officials. He will seek protection, not only from Iran but also from Australia.

This is unprecedented. Sawari would not have found himself trapped in PNG had it not been for Australia. There is now an opportunity for lawyers in Fiji, New Zealand or Australia to take up Sawari’s case.

And if the courts rule that Sawari’s claim is valid, this could set a new precedent. This in turn could affect all other refugees on Manus and Nauru. It would also represent a powerful indictment of the illegality of Australia’s interception, detention and imprisonment of asylum-seekers over many years.