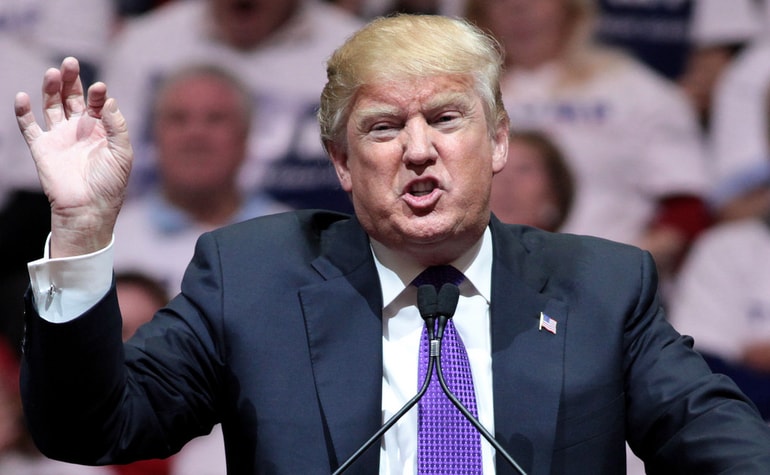 Thousands have joined protests against Trump’s travel ban. Trump’s executive order bans entry from seven Muslim-majority countries – Iran, Iraq, Libya, Somalia, Sudan, Syria and Yemen – for 90 days. And it shuts down refugee entry for 120 days. A Twitter feed brings into focus the callousness of this crackdown on refugees.

@Stl_Manifest remembers the victims of Nazism who the US refused entry in 1939. On International Holocaust Memorial Day, this account tweeted the individual stories of hundreds of Jewish refugees who were fleeing Nazi persecution. Such as Regina Blumenstein, who was later murdered at Auschwitz, as was a young boy named Joachim Hirsch.

The St. Louis ship set sail from Hamburg to Cuba on 13 May 1939. It carried 939 passengers. Cuba, the US and Canada denied them entry, but various European countries then allowed many of them to enter. Historians estimate that around a quarter of these refugees died in death camps during WWII. Author Gordon Thomas detailed the event in his book Voyage of the Damned (1974).

Now, the US will be denying shelter to those Muslim refugees fleeing persecution, violence, terror, subjugation, and extreme poverty in war-torn countries.

The US has suspended the Syrian refugee programme indefinitely. In 2016, the US accepted 12,486 Syrian refugees. Germany took in 300,000, Turkey 2.7 million, and Lebanon 1 million. The US has gone from failing to do its fair share to doing nothing at all.

Aspects of the ban seem to be more about culture than security. During the 120-day refugee ban, the US will still accept refugees under two circumstances. It will honour its pre-existing international agreement to resettle refugees currently detained in Nauru. The US also welcomes “religious minorities” whose governments are persecuting them. This allows the White House to prioritise Christians from the Middle East (such as those persecuted in Syria) over Muslims. Leaders of nearly every Christian denomination have objected to this preferential treatment.

White House Press Secretary Sean Spicer says that Trump’s refugee ban is about ensuring the security and safety of the American people. It’s part of Trump’s narrative of ‘America First’. But if we examine the evidence, Trump’s executive order looks totally unnecessary.

Findings show that terrorism by self-proclaimed Muslims makes up only one-third of 1% of all murders in the US. In 2015, toddlers killed more people than terrorists. Cows, lightning, falling out of bed, and a financial crash are also more likely to kill a US citizen than a jihadi extremist.

Data underscores that, since 9/11, not one person from the seven countries targeted by Trump has killed a US citizen in a terrorist attack. So it is unlikely that this extreme measure will have any impact on preventing or reducing the very minor threat of terrorism in the US.

Also, experts believe the ban could actually heighten the risk of terrorism. In reality, the ban is (poorly) disguised xenophobia.

The people fight back

People all over the world are reacting to Trump’s xenophobia. Over 1 million people have signed a petition calling for Trump’s state visit to the UK to be cancelled. And thousands are set to protest tonight in London against Trump’s controversial border crackdown. Journalist Owen Jones, who set up the protest, said:

Trump marked Holocaust Memorial Day with a pledge that evil would “never again defeat the powers of good”. Yet his travel ban immediately breaks this promise. We can’t let history repeat itself.