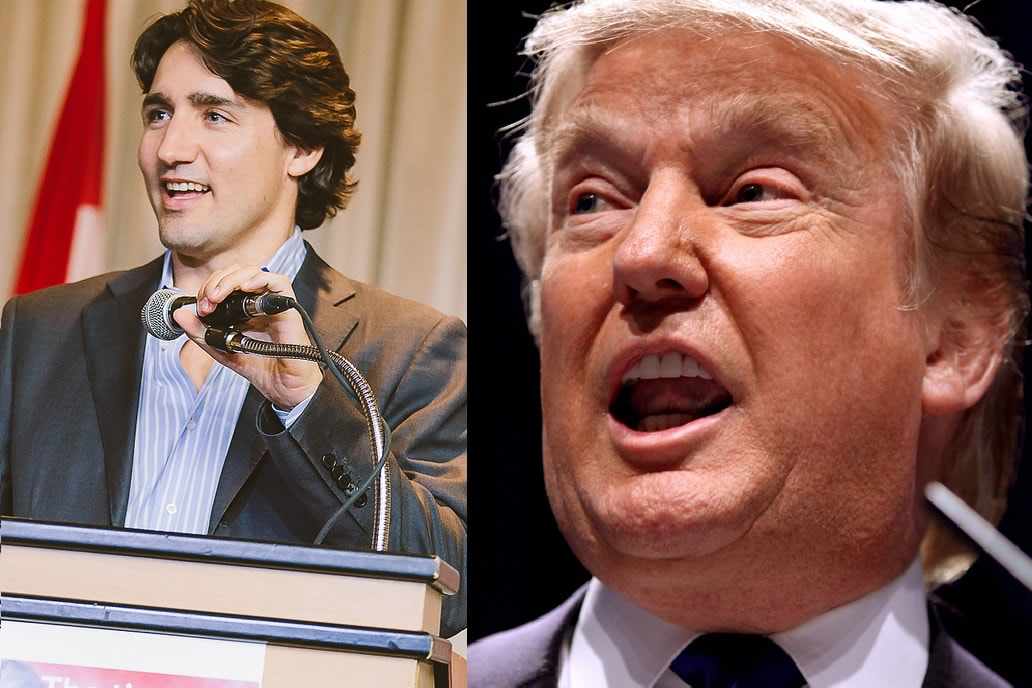 The Canadian Prime Minister has shown Donald Trump how to respond to terrorism – by calling it out whoever does it. In a shooting at a mosque in Québec City on 29 January, six people were killed and eight seriously injured.

The suspect appears to be a far-right extremist. His Facebook profile reportedly shows that he supports Trump, as well as the French National Front leader Marine Le Pen.

In response, Justin Trudeau did not mince his words. He condemned the shooting as a “terrorist attack”.

We condemn this terrorist attack on Muslims in a center of worship and refuge. Muslim-Canadians are an important part of our national fabric, and these senseless acts have no place in our communities, city and country.

This is hugely significant because the terrorism label is usually avoided when Muslims are the victims.

In 2012, a US soldier open fired on villagers in Southern Afghanistan and killed 16 civilians. Nine of them were children. This was not terrorism, but “the act of a lone, deranged soldier”. Even the Afghan President called it “an intentional killing of innocent civilians”, rather than terrorism.

In 2010, a man named Joseph Stack deliberately flew his plane into a building that housed an Internal Revenue Service (IRS) office. He killed himself, an IRS manager and wounded 13 others. Stack was an “anti-tax, anti-government fanatic” and targeted the office for political reasons. Stack’s manifesto declared that “violence not only is the answer, it is the only answer”. But media outlets and politicians declared that the term ‘terrorism’ did not apply.

Looking back to a shooting in Ottawa, Canada, in October 2014 tells a different story. The mainstream media called the shooting terrorism as soon as it was known the gunman was a Muslim convert. Trudeau’s Conservative predecessor Stephen Harper labeled it terrorism soon after. But it turned out that the shooter lived with a serious mental illness. His friends said he wasn’t a political person.

Earlier in the day of the Mosque shooting, Trump tweeted:

Our country needs strong borders and extreme vetting, NOW. Look what is happening all over Europe and, indeed, the world – a horrible mess!

President Trump justifies his Muslim ban by pointing at attacks by Muslims and ignoring violence committed by people belonging to other ethnicities and religions. The attack on the mosque happened in Québec which is along the Canada-United States border. But we’re not hearing calls for stronger border controls to protect American Muslims from terrorism in Canada.

Among the only groups backing Trump’s Muslim ban is the terrorist group Daesh (ISIS). Daesh, al-Qaeda and other extremist organisations are hailing Trump’s new discriminatory policy as a “blessed ban”. They describe it as proof that the West is at war with Islam and will use the executive order to rally more Muslims to their side.

Strengthening the divide between Muslims and the West is the explicit aim of Daesh. Their own publication reveals how they want to eradicate the ‘grey zone’ of peaceful co-existence:

[The grey zone’s] endangerment began with the blessed operations of September 11th, as those operations manifested two camps before the world for mankind to choose between, a camp of Islam […] and a camp of kufr — the crusader coalition.

Daesh want to make the world black and white to eliminate a multicultural ‘grey zone’ in which we can peacefully live together.

Let’s break the cycle. Trudeau was right to condemn these attacks on Muslims as terrorism. Hopefully other leaders will stop the double standards too.

– There are emergency protests against Trump’s Muslim ban all over the country on 30 January. Find the time and location of the demonstration in your city here.