We've had the power to stop more NHS sell-offs for 22 days. But government officials are keeping it quiet 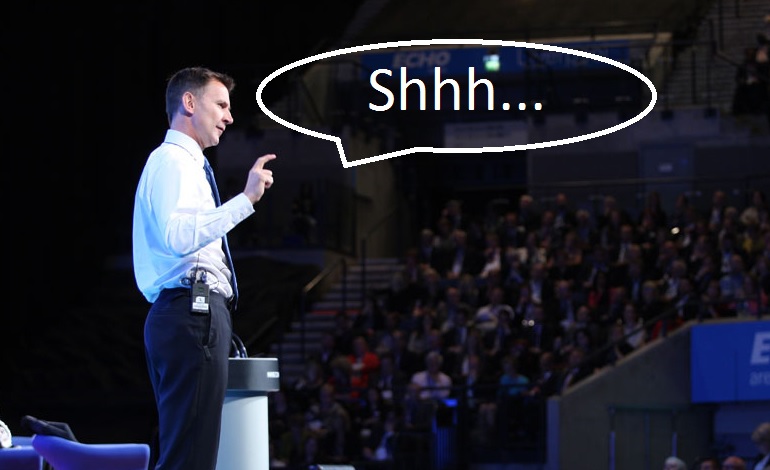 The UK public has had the power to put an end to more NHS sell-offs for 22 days. But most people don’t know that, because our public servants have failed to tell us.

A parliamentary committee launched a public inquiry on 2 February. The International Trade Committee invited the public to send it opinions on an upcoming UK-US trade deal. The committee will use those ideas to form recommendations for the government’s approach to the deal.

And while no fanfare accompanied the launch of the inquiry, it really should have. Because it could stop President Donald Trump allowing US private healthcare providers to access the NHS. And a whole lot more.

Arranging a UK-US trade deal with the new Trump Administration is a high priority for the Tory government. And reports suggest involved parties will try to negotiate it quickly.

The committee wants interested individuals and organisations to submit evidence on a number of aspects of a potential deal. These include:

The UK, of course, already has some of these things in place. But not with the US. The Coalition government’s Health and Social Care Act 2012 put a rocket booster on competition in the NHS. And when bidding against private companies to deliver its own services, the NHS regularly loses, even when the private bid is more expensive. Now, the “public procurement” market is booming – with private providers scooping up contracts worth hundreds of millions of pounds on a regular basis.

As a member of the EU, the UK government was one of the most ardent supporters of the Transatlantic Trade and Investment Partnership (TTIP). US President Barack Obama began negotiating this EU-US trade deal in 2013. While TTIP now appears dead in the water, it did include a “dispute-resolution mechanism”. That “resolution” allowed corporations to sue governments in a secret court if they felt those countries were unfairly limiting their access to certain markets – by passing laws in the public interest.

It is not in the UK or wider interests to exclude the UK healthcare sector from trade and investment agreements.

Can we make a difference?

The committee also wants feedback on the UK’s priorities in the deal, its possible involvement in the North American Free Trade Area (NAFTA), and how to deal with regulation with the US. The latter issue determines, for example, what future food and environmental standards we would abide by under the deal.

And while the government doesn’t have to implement a committee’s recommendations, it’s common for its findings to influence the government’s plans. Another review by the Law Commission, for example, recently came up with changes to the UK’s whistleblowing laws. Because of its recommendations, the leaking or handling of classified information, including by journalists, could be punishable by up to 14 years in jail, rather than the current two year sentence.

UK citizens are rarely given a direct route to influence policy. But this is an opportunity for us to play our part in determining the outcome of this trade deal. And with only three days left until the inquiry closes, that influence should be wielded sooner rather than later.

– The inquiry closes on 27 February. Contribute here. Or alternatively, add your name to the recommendations being submitted by SumOfUs.

– Tell others about this opportunity.