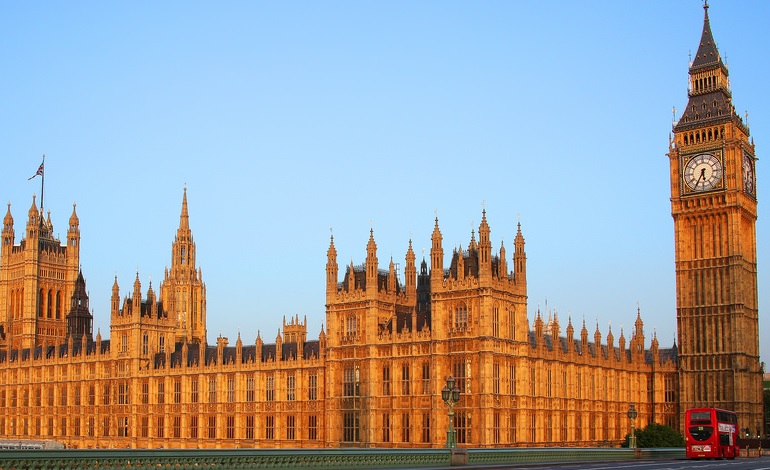 MPs on all sides of the chamber just united to send a massive ‘up yours’ to parliament’s least democratic member.

MPs voted on whether to ratify the Istanbul Convention on 24 February. The ratification bill, tabled by SNP MP Eilidh Whiteford, essentially commits the UK to taking steps that will bring violence against women closer to an end. But it had one major critic. The notorious filibustering Tory MP Philip Davies. And, true to type, Davies droned on for an hour and a half in an attempt scupper the bill.

Three SNP MPs leave the chamber. My guess is either to crack on with other work while Davies speaks, or to find a brick wall to punch…

But he failed. Because SNP MPs forced a decision on the bill. Leaving Davies in the dire position of being the only MP to oppose the motion.

Filibustering is the practice of deliberately talking far too long in a debate in order to limit the time given to others. MPs use it to stop meaningful debate on certain bills. And to waste time so that the bills pass the deadline for a vote.

Davies is an expert at this. He has filibustered to stop life-saving first aid education becoming compulsory in secondary schools, to derail a bill to ensure landlords maintain homes “fit for human habitation”, and to prevent a reversal of privatisation in the NHS.

He also regularly uses his position to sabotage ideas that would help to tackle violence against women and girls. Most recently, he objected to the term ‘honour crime’ being removed from government publications in relation to what’s called ‘honour-based violence’. Conservative MP Nusrat Ghani proposed the removal, arguing it is a term of “self-justification for the perpetrator”. Davies thought her argument was too women-centric.

You’re on your own

Some other Tory MPs, meanwhile, joined Davies in his quest to derail the bill. Between them, they proposed numerous “wrecking” amendments to the bill that could have hampered it. But in the end, Davies stood alone in opposing the bill in the vote. It passed by 138-1.

And rightly so. The Istanbul Convention is considered the “gold standard” in tackling violence against women and girls. It is a treaty that holds governments to minimum legally binding standards in dealing with gender-based violence. And with two women on average being killed every week in England and Wales as a result of domestic violence, it’s an issue we need to tackle.

So thank goodness every MP in the chamber stood up for it. Apart from Davies, of course.

– Learn more about the Istanbul Convention.