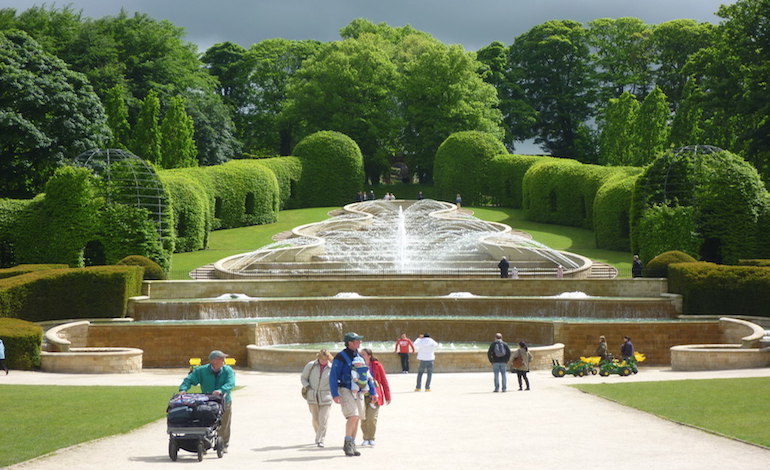 Meet the Duke and Duchess of Northumberland. The Duke is worth £365m – he’s richer than the Queen. And alongside his family home, Alnwick Castle, he owns an estates portfolio that includes 120,000 acres of land. But when a garden on his land needed a loan for a renovation, the council willingly obliged.

Alnwick Garden sits on the Duke’s estate. The Alnwick Garden Trust, a non-profit charity, now manages it. The Duke’s wife, the Duchess of Northumberland, is a director of the charity. From 1996 onwards, she oversaw a £50m regeneration scheme of the garden, and it is now one of northeast England’s biggest tourist attractions.

Plans for a new play village were recently submitted to Northumberland County Council. They read:

the concept for Lilidorei Play Village is a small settlement set within a forest clearing, with an unearthly, quirky and magical atmosphere.

Regarding its value in the community, the plans continued:

The stand-alone visitor attraction will create new income streams for the charity and the community… [It] will make a significant contribution to regeneration plans for Northumberland and the region, especially relating to tourism and employment.

The council approved plans to loan £8.5m to support the development, and released a statement saying:

The loan will not impact on the services the council provides and once Lilidorei is open to the public and generating income, the loan will be repaid in full to the council.

A spokesperson for Northumberland Estates, on behalf of the Duke and Duchess, said:

The Alnwick Garden is a charity and as such totally independent from Northumberland Estates.

This will be an international attraction to the UK and our region, bringing tourism, jobs, significant secondary spend and a measurable boost to the local economy. The Alnwick Garden is a non-profit making, hard-working charity which has generated over £236m for the regional economy since it opened. Any NCC funding will take the form of a loan and not a grant. Rest assured we will share everything as soon as we can.

But this all happened at the same time as the council planned to implement a 4.99% council tax hike for its residents.

Northumberland County Council is incredibly strapped for cash. In 2010, it came under fire for paying consultants £513,000 in an exercise designed to save money. It currently faces a £6m cut from its budget in 2017-18 and a total of £36m over the next three years.

We are coping with a 75% reduction in revenue support grant over the next three years, sparsity funding has been removed almost completely and it costs us three times more to deliver services in our very rural areas compared to more urban neighbouring authorities.

Over the past year, levels of poverty in Northumberland have increased. More than 9,400 children now live in poverty and the amount of fuel-poor households increased by over 16% . These cuts and the tax hike will no doubt hit such communities the hardest.

The council’s decision to loan millions to a development associated with one of Britain’s richest aristocrats has therefore proved extremely controversial. So much so that the council has agreed to review the loan.

Such a development could increase tourism and provide some employment. But in such hard times, the money would certainly be better spent boosting services and helping reduce austerity. And many will be wondering why the Duke’s garden charity was offered millions, when other charities must rely on people’s donations to provide their vital services.

Support the work of new media organisations. Please add more that you like in the comments.