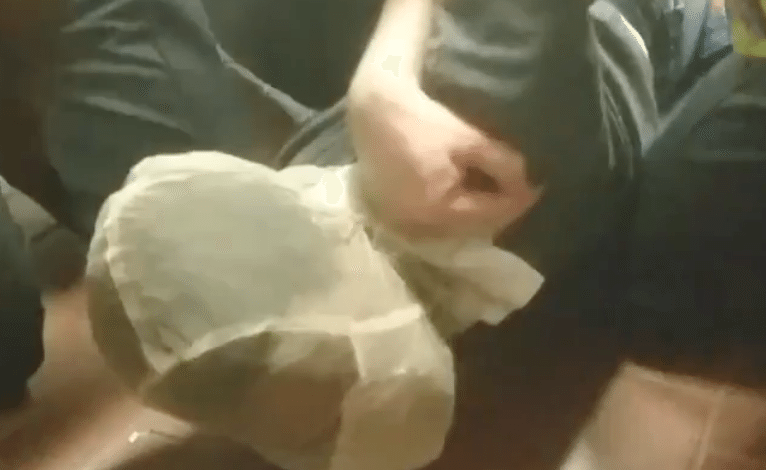 Health charities have accused [paywall] the Police Federation of exaggerating the risks faced by officers who get spat at. In an attempt to justify the controversial use of spit hoods, the union (which represents frontline staff) claimed it was to prevent the risk of them catching infectious diseases such as Hepatitis C. But two leading charities have hit out against the claims and accused the police of spreading misinformation.

Eight police forces across the UK use spit hoods – mesh hoods used as a restraint device. A Freedom of Information request by The Guardian shows police used hoods 513 times from 2015 to August 2016.

But their use has been controversial, especially following reports about their use on children and vulnerable adults.

The Independent Police Complaints Commission criticised Sussex Police after it used the hood, alongside handcuffs and leg restraints, to control an 11-year-old girl with behavioural problems. Her mother condemned the police behaviour, saying:

I can’t accept that it will ever be appropriate for the police to hood a disabled child, regardless of how they behave. I call on Sussex Police to stop doing this to children immediately.

The Metropolitan Police planned to introduce a trial of the hoods in custody suites. But Sadiq Khan stopped the pilot when he became Mayor.

The main reason cited by the Police Federation for use of the hoods is “health and safety”. But the Hepatitis C Trust and the National Aids Trust (NAT) have spoken out against claims that spitting can cause either disease:

While the debate around the use of spit hoods is an important one for the police, policy-makers and the public, hepatitis C and HIV are of no relevance to it and should not be used as justification for their use.

It is quite clear that Hepatitis C cannot be transmitted via spitting, and we cannot accept a situation where this is portrayed as a genuine threat. People living with Hepatitis C already face stigma and discrimination as a result of misunderstandings about the virus, and bringing Hepatitis C into the debate on spit hoods simply reinforces these misunderstandings.

And Deborah Gold, Chief Executive of NAT has a similar message:

HIV is irrelevant to the debate about spit hoods because spitting simply is not an HIV transmission route. Using fear of HIV to justify spit hoods is extremely stigmatising and of great concern to NAT. This stigma and misinformation is especially damaging when a false implication of HIV risk from spitting comes from a source that people trust.

What the police are saying

But the Police Federation has stated [paywall] that:

Police officers are presented with the risk of infection if the saliva contains blood and unfortunately this is commonplace.

And the Metropolitan Police Superintendent told Shadow Home Secretary Diane Abbott on Twitter that one of his colleagues had [paywall] been “infected with hep C”.

Other police accounts conveyed a similar message on Twitter when The Canary covered the use of spit hoods:

And another user tweeted the following link to an incident. Despite the fact that incident took place in Ukraine where, unlike the UK, there is a high prevalence of tuberculosis:

The police’s concerns about health and safety may well be real. But as Kevin Blowe from the Network for Police Monitoring stated:

Every new piece of kit is always justified on the grounds of officer safety. Yet again, there’s no regard to the long history of violently misusing equipment against people with mental health issues and those who are routinely targeted by the police, particularly young people from minority communities.

And in this case, it’s clear. The police are using misconceptions about infectious diseases to justify another tool in their arsenal. And in the process, they are stigmatising and spreading dangerous rumours about those who suffer from these illnesses.

UPDATE: Article updated at 9:52pm on 1 March to correct the location of the policewoman’s death to Ukraine, not Russia.