Radioactive boar are squatting an abandoned town [VIDEO] - The Canary 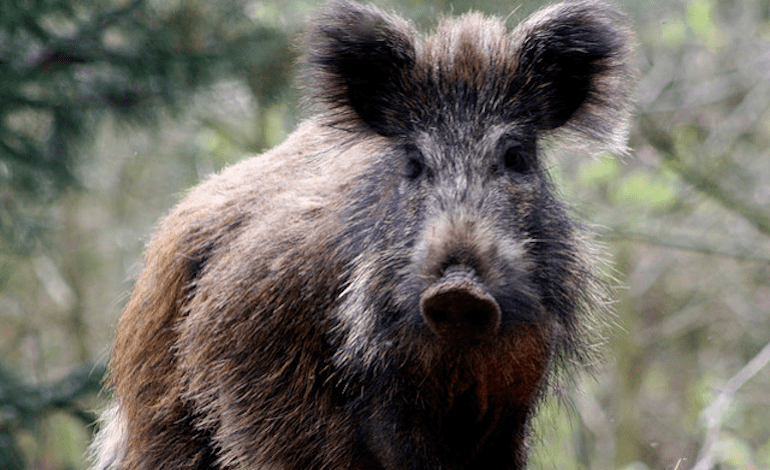 In the virtual ghost towns around Fukushima, some surprising guests have taken up residence.

Wild boar have descended on radiation-affected areas after a nuclear fallout. And they’ve put down roots in the abandoned towns.

The wild boar apparently descended on towns in northern Japan from the surrounding forests following the nuclear plant disaster in 2011. This forced around 160,000 inhabitants to evacuate when a tsunami caused a meltdown after disabling power supplies and cooling systems for nuclear reactors at the plant in Fukushima on the Japanese island of Honshu.

The boar have now been eating and ‘destroying’ local agriculture, including plants contaminated by radiation. Officials have warned against eating the boar meat, as tests reveal that some of the boar are contaminated with the radioactive element cesium-137 at levels 300 times higher than safety levels. But they are now killing them off in any case, as they are lifting evacuation orders on four of the towns.

After people left, their ecosystem changed. They began coming down from the mountains and now they’re not going back. They found a place that’s comfortable – there’s plenty of food, and no one will come after them. This is their new home now and this is where they have children.

Scientists and commentators compare the fallout around Fukushima to the 1986 Chernobyl disaster. Here, an accident at a nuclear power plant in Chernobyl (Ukraine) caused a series of explosions and nuclear fallout. While humans abandoned the towns around the disaster area, wildlife continued to grow and various animals have made their home there. And experts say the radiation is causing genetic damage and increasing mutation rates. Contamination, meanwhile, is ongoing.

As officials and hunters are culling the boar around Fukushima, some are criticising the lifting of the evacuation order. Because many will lose their housing subsidies if they do not return, even though they still have concerns.

One voluntary evacuee originally from the affected town of Koriyama told The Guardian:

The government is playing down the effects of radiation exposure … Yet people who don’t return to places like Koriyama after this month will be left to fend for themselves. They will become internally displaced people. We feel like we’ve been abandoned by our government.

Some figures already put the internally displaced at 134,000.

Six years on from one of Japan’s major disasters, questions remain. Though it seems that officials are pushing measures that neither the people nor the pigs really want.