In Tory Britain, people are being branded criminals for taking food from bins - Canary 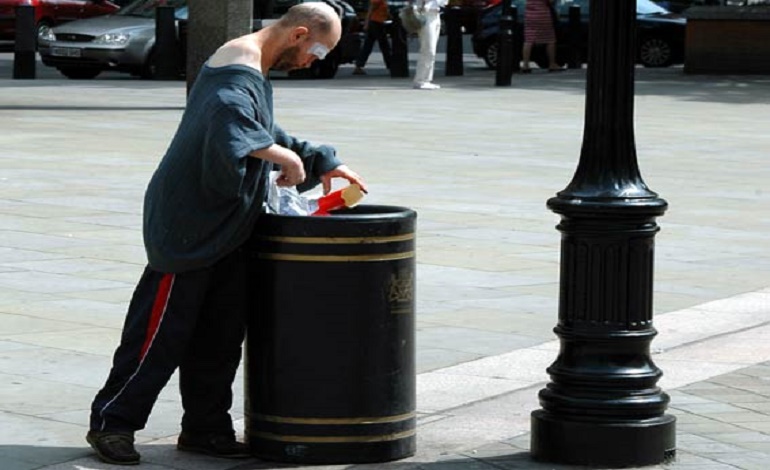 A Freedom of Information (FOI) request has revealed that police prosecuted more than 2,800 people for stealing food in London alone. But these hungry people weren’t shoplifters. Most were branded criminals for taking waste food from supermarket bins.

Campaigner and author Ray Woolford asked for an FOI from the Metropolitan Police. It showed that the police gave 2,823 people “a charge or summons where food property was stolen”. Penalties range from jailing people for up to two weeks to a £150 fine. And some London boroughs appear to treat hungry people more criminally than others.

Hounslow charged the most people, with 147 individuals prosecuted. Barking and Dagenham, Bromley, Croydon, Ealing, Islington and Lambeth all criminalised over 100 people for food theft, while Kingston Upon Thames had the fewest at 36.

Woolford believes that police charged many of these people for taking waste food from supermarket bins. He told The Canary:

It costs supermarkets a fortune to store and transport food to landfill. That then costs a further £40 a tonne to dump. In 2017, we must have a better system in place about dealing and addressing the scandals of waste food. Is it civilised to be jailing and criminalising the hungry, many of whom may be homeless or have had their benefits sanctioned?

Supermarkets throw away over 300,000 tonnes of food each year. But families add seven million tonnes to that figure. Meaning, on average, each family chucks out £450 of food each year. Meanwhile, over half a million people are reliant on just one food bank charity, the Trussell Trust. So the actual number of people having to get emergency food supplies each year is probably much higher. And London’s homeless population has more than doubled since 2010.

Can we in the present economic climate afford to drag these people though the expensive court and legal system? And then [lock] them up in our over crowded jails? While fining them £150 which, if they had had in [the] first place, [they] would have no need to root through dustbins to eat… Who’s the criminal here? Under the Tories we have been taken back to the 1930s.

The figures for food theft are just for London. Which means there could be a larger problem across the country.

This year, the government will have found money to save corporations £9bn in tax. Yet they are unable to find the money to help people struggling to eat. Something is very, very wrong in the UK.