There was something very wrong with the Iraq-Afghan tribute. And I don't just mean Tony Blair [OPINION] - Canary 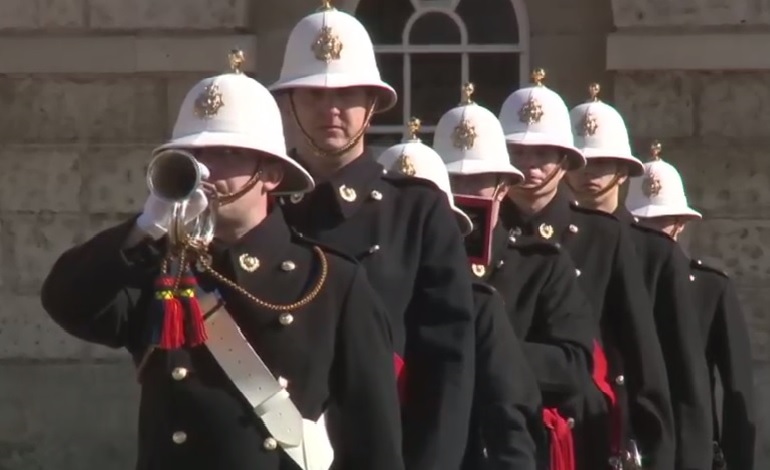 There was something very wrong with the Iraq and Afghanistan memorial service on 9 March. And not just Tony Blair’s attendance.

Because while we should not forget the UK citizens and service personnel who died in these wars, the way these ongoing conflicts were remembered at the service – by speakers and the memorial itself – was Orwellian.

And where the money came from for it should alarm us all.

The Ministry of Defence (MoD) arranged the event. It saw a sculpture by Paul Day unveiled. Royals, veterans, serving military, and politicians attended. Ex-Prime Minister Blair being the most controversial among them.

He was the man who dragged the UK into both of those (still ongoing) wars. And families of people who died in them branded his appearance a “disgrace”. But these relatives didn’t get an invite to the service itself.

Speakers, naturally, paid respects to UK citizens and military personnel who died in the conflicts. But in terms of loss of life, that’s where respect ended. Speakers didn’t specifically address the loss of Iraqi and Afghan life at all.

Some did mention the populations of all countries. Such as one speaker who said:

We pray for the leaders of the nations, that you will guide them in the ways of freedom, justice and truth.

Yet the UK, and other countries involved in those wars, brought the exact opposite of those “ways” to Iraq and Afghanistan. The invasion of Iraq didn’t stem from truth, but falsehoods. Citizens of both those countries, and more, didn’t have justice when imprisoned in places like Guantanamo Bay. And the occupations and attacks that came with those wars meant freedom was a distant memory for most.

It [the service] has nothing to do with remembrance. It is about altering our understanding of Iraq, so we look like the good guys.

Whitewashing the UK’s involvement in these conflicts would be good for one of the memorial’s corporate backers. Global arms company BAE systems part-funded the £1m memorial. And war is big business.

Furthermore, BAE donated to a funding drive for the memorial started by The Sun. And although that tabloid claims to have love for its “heroes”, it doesn’t have any for those it considers the ‘other’.

In fact, the entire event appeared to ignore the ‘other’. It’s much easier that way. If we ignore their deaths and suggest we’re “the good guys”, war is easier to swallow. And that works perfectly for the people funding the spectacle.

But ending war should be the real goal; not paving the way for more. We owe that to the fallen. And we owe it to the future.

– Learn more about the arms industry with CAAT.