A radical UK film collective is telling all our stories. And it's causing a stir in the US - Canary 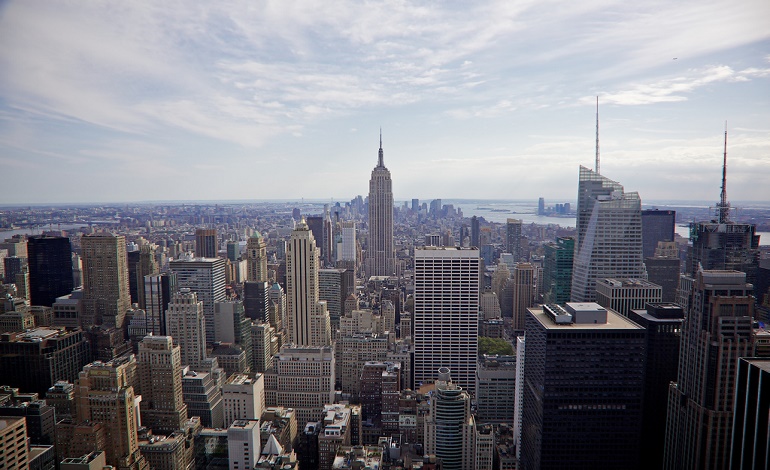 A radical film collective of activists and videographers has been making waves in the US. So much so that its films are going to be screened at an international festival. And at a time when much of the media is compromised by big business, this group of groundbreaking artists needs all the support it can get.

I want to be a part of it

WellRedFilms (WRF), based in Sheffield, was founded in 2015 by former members of political party Left Unity. The group has made over 30 videos since it started. And it now averages over 5,000 views for each video that’s distributed on its three channels. The group says its aim is to give a voice to those people not normally represented in the mainstream media.

And that voicing of the usually under-represented has been noticed, as WRF films has been spotted by the US.

The Workers Unite Film Festival will be running in New York City in May. The festival aims to feature student and professional films from around the world. The organisers say:

These films highlight and publicise the struggles, successes and daily lives of all workers in their efforts to unite and organize for better living conditions and social justice. We hope to illuminate, educate and motivate audiences to take action.

I want to wake up…

WRF describe it as a festival for “the 99%”. And Alan Story, Chair of WRF, said the group was excited to be involved:

We are obviously pleased about being chosen. In this era of Trump and Brexit and the ‘erecting-Keep-Out-signs’ syndrome, it is very important that progressive film makers from various countries share each other’s work and experiences. I am lucky enough to be going. And am particularly looking forward to meeting the contingent of Latin American film makers; this is one region that is getting special treatment this year.

WRF is renowned for its gritty, true-to-life films and raw production values. As The Canary previously featured, one such example was The Work Series.

Story said that the inspiration for The Work Series came from the book Work: Twenty Personal Accounts; a series of two volumes that compiled the real life stories of those in traditionally manual/routine jobs in the 1960s and 1970s.

The first video in the Work Series is My Life As A Call Centre Worker. Susan, a middle-aged woman who previously thought that call centres were “just full of young people”, vividly explains the true nature of this kind of work. She thought that, when she was at school, she’d “never work in a call centre”. Structured as two-person interviews, this series uses a basic, stark backdrop and just two different camera angles. This format is used to pertinent effect. Susan’s story is often both frustrating and moving. “Working there has really knocked my confidence,” Susan says with sad resignation, “you feel like you’ve just slid down the bottom of the barrel.”

It’s this ‘everyday’ slant, using characters not normally represented in the media, which fits so well with WRF’s mission. It states that its goals are to:

If I can make it there…

But WRF needs support to achieve its goals. So the group is currently doing a crowdfunder. Its target is £2,000 by 13 March. Story told The Canary:

One shared issue: how to raise funds that will allow alternative video voices to be heard above the encrusted corporate sensate culture that is so everywhere and is so fake and dehumanising?

We don’t flog ads. We’ve got no rich backers. Nor do we charge a licence fee to watch our videos. Since we released the first WRF vid in March 2015, every one of the 39 videos we’ve released has been free to view. They still are. So when we are rather skint, we can only turn to our viewers: the loyal ones from the start and new ones we are picking up all the time.

WRF is a shining example of what can be achieved when like-minded individuals, passionate about the society we live in, get together. It is a testament to the talent and commitment of the team at WRF that they will soon be off to New York City. But groups such as these must not be allowed to be drowned out by their corporate competitors.

Because their stories are too important. And they’re all our stories.