If you're wondering how the hell Trump happened, this book reveals all - The Canary 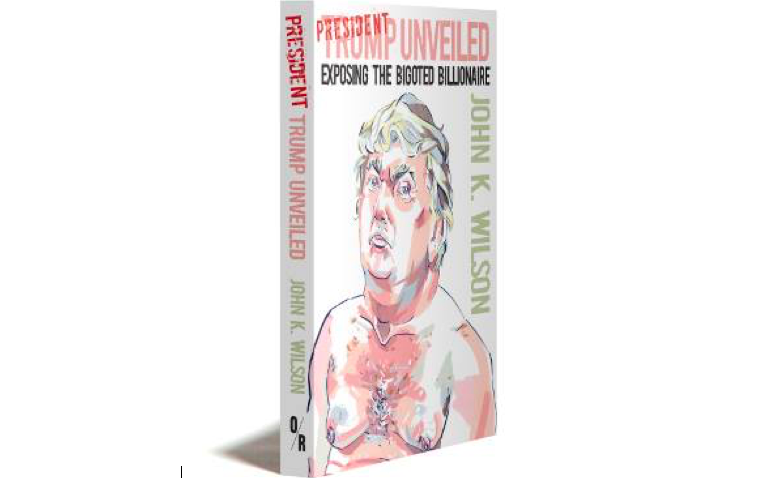 Unless you’ve been living on Mars (which looks like a great place to be these days), you’ll know who Donald Trump is. But how the hell did he get into one of the most powerful positions in this world?

To help us understand, John K. Wilson has put out a brand new edition of his book President Trump Unveiled: Exposing the Bigoted Billionaire. In it, he lays out the many shades of Trump; or what the book’s publisher calls “the truth behind the glitz”.

It perhaps goes without saying that someone as self-obsessed as Trump wants one of the most prestigious jobs in America. But much to his dismay, he’s receiving more negative ratings than ever before. Why? Because he’ll do whatever he thinks is beneficial for him. And because he’s a bully.

As his music teacher once declared [p.37]:

When that kid was ten, even then he was a little shit.

Few people lie more often than Trump. In fact, one might even think he actually enjoys it [p.47]:

Trump often lies as if the truth is a game to him, and he wins extra points if he can find someone gullible enough to believe what he’s saying.

The worrying thing about this is that it’s also a strategy. He believes that, if you say something again and again, people will believe you. Sad!

Trump is famous for being rich, and rich for being famous. [p.75]

But he’s also spun his failures into successes. Few people talk, for example, of the five bankruptcies Trump has apparently been involved in.

And much of the money he has made has come from the misfortune of others, or from morally and legally questionable practices. Oh, and that $1m of start-up capital from his dad helped, too.

The worst we’ve seen of this side to Trump is through his draconian policies and rhetoric. Condoning torture, banning Muslims from the US, and trying to silence the media. In Trump, we have a tyrant. Something very dangerous when set within the context of one of the world’s most powerful nations.

It started with the ‘Obama is really a Muslim’ obsession. But Trump is actually a big lover of conspiracy theories; making him and Alex Jones from Info Wars mutual fanboys. What’s worse is that he has discarded legitimate problems as conspiracies. He is a well-known climate change denier, for example, having called the scientific evidence “a total hoax”, “mythical”, and “bull shit”. In fact, he goes further than most, saying that the climate is actually getting colder.

According to Wilson, Trump has made racist comments throughout his life. Now, his policies are notoriously racist. And racists support him wholeheartedly. He is, however, equally racist to many different groups – Muslims, Native Americans, African Americans, and Mexicans (to name just a few).

We have all heard that famous ‘grabbing’ comment. But misogyny defines who Trump is. The highest compliment he can give a woman is to call her beautiful. And in the same way, he tries to ‘take them on’ by referring to their physical appearance.

While @BetteMidler is an extremely unattractive woman, I refuse to say that because I always insist on being politically correct.

I think the big problem this country has is being politically correct. I’ve been challenged by so many people, and I don’t frankly have time for total political correctness.

Many shades of unpleasant

So how can such an unpleasant character, one that seemingly stands contrary to what his country stands for, become its president?

Wilson uses Trump’s own favourite allegations against him. The system is ‘rigged’, he says [p.15]:

It would be strange if knowledgeable people preferred the candidate with immensely stupid ideas.

The book is thoroughly researched, with many lesser known anecdotes. And those give us an insight into how a “bigoted demagogue” seized the presidency.

If it weren’t all completely true, it would make wonderful satire.

– Order the book via OR Books.

Featured image via OR Books