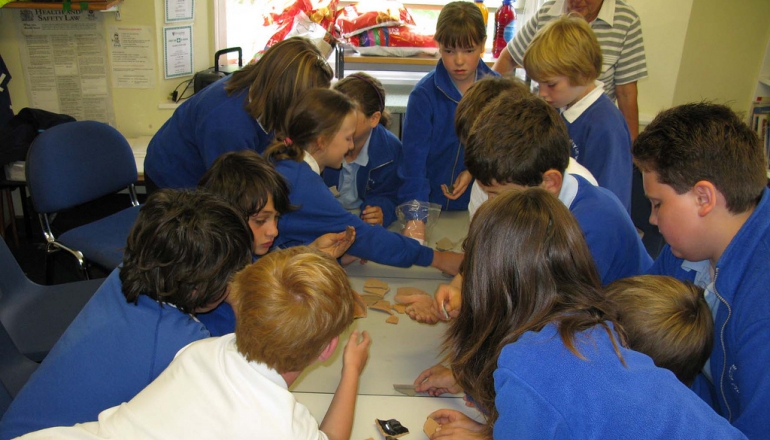 Hundreds of schools across the country are coming together to expose the truth about government cuts. But they are also uniting to fight them. And as it has been revealed that a lack of funding means cuts to classes, mental health support, and building maintenance, it is a much-needed initiative.

Unity across the country

Every primary, secondary, and special school in Cornwall, East Sussex, and West Sussex is writing to parents and local MPs about “the significant school funding issues that are gripping [their] schools”. They claim:

It is now important to understand that school leaders from Penzance to Bognor Regis to Eastbourne and onto Colchester are joining together and are united by a common purpose; we all want adequate funding for every school in the counties of Cornwall, East Sussex, Essex, and West Sussex. We are certain that this view is echoed right across the country.

The Canary previously reported that schools across Cornwall have already written an unprecedented letter asking parents to get involved in taking action against the cuts.

That letter warned that:

But at the same time:

the amount going out on expenditure due to government imposed changes has risen very considerably.

And this funding freeze is already having an impact:

The letter to MPs

The new letter, sent to Cornwall MP Derek Thomas, sets out what the current crisis in funding means:

And it makes it abundantly clear that the new funding formula touted by the government will not make a difference:

The new funding formula only allows any school to increase its budget by 5.5%, at the same time unfunded cost pressures are rising by 8-10%.

It should also be noted that most schools in England will not benefit from a new funding formula arrangement. The independent Institute for Fiscal Studies has suggested that, in real terms, per pupil funding will decrease by 6.5% by 2019.

And while schools are struggling to fix buildings and pay staff, Theresa May is funding grammar schools and free schools. Chancellor Philip Hammond announced there would be £350m for new grammar schools in his spring budget. But the real cost is much higher. Sneaked out in the small print, £1bn is allocated to these new schools.

These figures reveal the true extent of the Prime Minister’s plot to impose an unneeded, unwanted and damaging top-down imposition of selective education.

And Jeremy Corbyn described it as a “vanity project”.

The letter to Thomas also highlights the money going to grammar and free schools. It states:

It is also misleading for the DfE to continue to state that more is being spent on education when in fact real terms cuts are occurring. Equally, it is a matter of vital public interest to highlight the fact that many spending priorities made by the DfE do not stand up to reasonable scrutiny.

And cites as examples:

£150 million earmarked for the expansion of grammar schools over the next 3 years.

Huge investment in Free Schools where there is no “basic need” and no consistent evidence as to their impact and value for money.

Back in the present day, according to the Association of School and College Leaders (ASCL), schools are being forced to cut subjects choices for GCSE. 44% of the 1,000 members polled revealed they have cut Design and Technology. And 26% cut performing arts courses.

At the same time, schools are dealing with leaking buildings, out-of-date technology, and are having to cut back on things like schools trips. But essential support services are also being cut. 95% said that this included reduced spending on books, special needs, mental health support and IT.

Reduced budgets means fewer staff and, with fewer staff, class sizes have to increase. Schools cannot sustain the level of support they provide to pupils, or the range of subject options and enrichment activities.

A spokesperson for the Department for Education (DfE) told The Canary:

School funding is at its highest level on record, at more than £40 billion this year. We are protecting per pupil funding so where pupil numbers rise, the amount of money schools receive will increase. Under the proposed national schools funding formula, more than half of England’s schools will receive a cash boost. This will help to create a system that funds schools according to the needs of their pupils rather than their postcode. Under our proposals, schools in Cornwall would all an uplift in funding of 1.7%, over £4.8m.

We are consulting on our detailed proposals and we know that it is important that we get the formulae and system right so that every pound of the investment we make in education has the greatest impact. The consultation will run until 22 March 2017, and we are keen to hear from as many schools, governors, local authorities and parents as possible.

But this will be of little comfort to thousands of children who are limited in the options they can take. It will do nothing to reduce current class sizes. And it is not going to help the children who are suffering because essential support services have been withdrawn.

Building new grammar schools does not solve the problem, either. Apart from the abhorrent idea that we are going to move back to an 11-plus system where children are selected on exam ability, they will do nothing to alleviate the current crisis.

If it weren’t so serious, it would be funny

Hammond claimed during his budget speech that:

We will not saddle our children with ever-increasing debts.

This is a laughable concept in itself, given the massive increase in the student debt burden seen under the Conservative and Coalition governments. But this notwithstanding, his government is prepared to “saddle our children” with an underfunded education system. An education system that does not offer choice or support, and cannot even guarantee appropriate classrooms to work in.

The Conservative government is decimating our education system; and it is destroying our children’s future. This letter and unity across the country is a welcome initiative. But even more is needed. And it is down to all of us to ensure our children are treated with the dignity, respect, and opportunities that this government seems determined to deny them.