Conservatives are apparently just as 'intellectually humble' as liberals 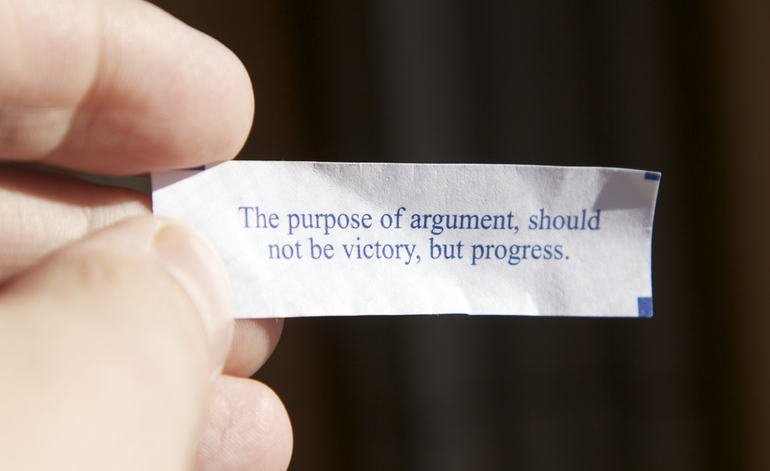 Authors also say there was essentially no difference in this trait between religious and nonreligious people. And this challenges stereotypes even more.

One thing Leary is keen to point out is how undervalued intellectual humility is as a personality trait.

Admitting that you could be wrong

The authors define intellectual humility as the opposite of intellectual arrogance. Intellectually humble people still have strong beliefs, but are willing to be proven wrong.

Wanting to be right can be damaging. Indeed, many people struggle to accept being incorrect about something without feeling embarrassed or even humiliated.

But knowing that you could be wrong can actually help you get things right. The researchers showed that people who display intellectual humility did a better job of evaluating evidence. For example, when presented with arguments about the benefits of flossing, intellectually humble people could better distinguish strong arguments from weak ones.

In the study, participants read essays arguing for or against religion, and then answered questions about each author’s personality. Intellectually humble people were less likely to judge someone’s character based on his or her views. Intellectually arrogant people, on the other hand, gave writers lower scores in morality, honesty, competence and warmth if they disagreed with their piece of writing.

There can be a great freedom in not wanting to be right. It creates an open-mindedness in which you can fully question your beliefs. This can benefit all kinds of heated political and religious debates, relationships and work-related matters. Leary says not being afraid of being wrong “is a value we could promote”. He believes if we were “more intellectually humble we’d be less frustrated with each other”.

Leary and his co-authors suggest that it’s possible to teach and encourage this trait. And one philosopher has attempted to do exactly that. Jason Baehr set up the Intellectual Virtues Academy of Long Beach, which aims to promote values such as intellectual humility.

This kind of education is promising. But of course, you can develop this kind of humility without studying it. The next time you find yourself in a heated discussion, consider how important it is to you to be right. Admitting you could be wrong could steer the conversation in a much more productive direction. And help to avoid it getting personal.

– Check out more articles from The Canary’s Science section.