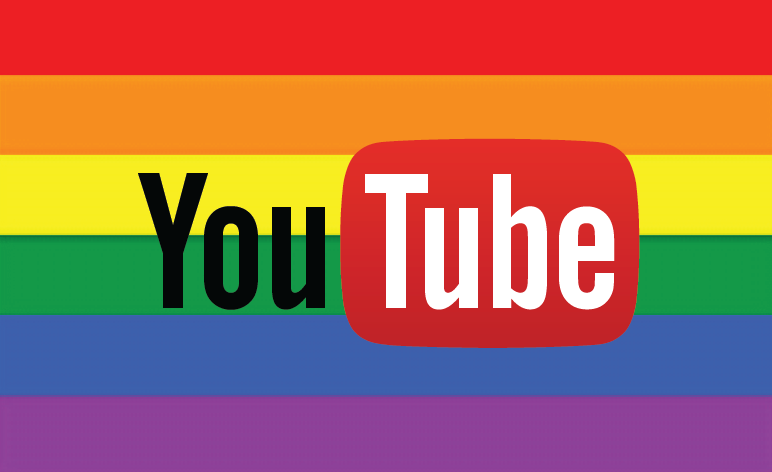 YouTube has an optional mode called ‘Restricted Mode’ that enables people to filter out ‘potentially objectionable content’. But LGBTQ+ content creators are complaining that it restricts their videos. And in particular, they’re complaining that videos are being filtered in which the only thing that could be called objectionable is the reference to the fact that they’re LGBTQ+.

You can use Restricted Mode to help screen out potentially objectionable content that you may prefer not to see or don’t want others in your family to see on YouTube. We use community flagging, age-restrictions, and other signals to identify and filter out potentially inappropriate content. Restricted Mode is available in all languages, but due to potential cultural sensitivities, the quality may vary.

Rowan Ellis made a video to raise awareness about the restriction of LGBTQ+ videos. Ironically, Ellis’ video is one of the ones that is now restricted. It is difficult to see what exactly is ‘potentially objectionable’ in it:

Ellis says in the video:

This attitude that queer and trans people are inappropriate… to be talked about around children is insidious and it… has a history here, and it is not based in any kind of reality.

What’s clear is that the problem is not affecting all LGBTQ+ videos. If you search ‘transgender’, ‘LGBTQ+’, or ‘asexual’ you will still get many results. There are even signs that YouTube hasn’t restricted some clearly hateful videos, as with the following: 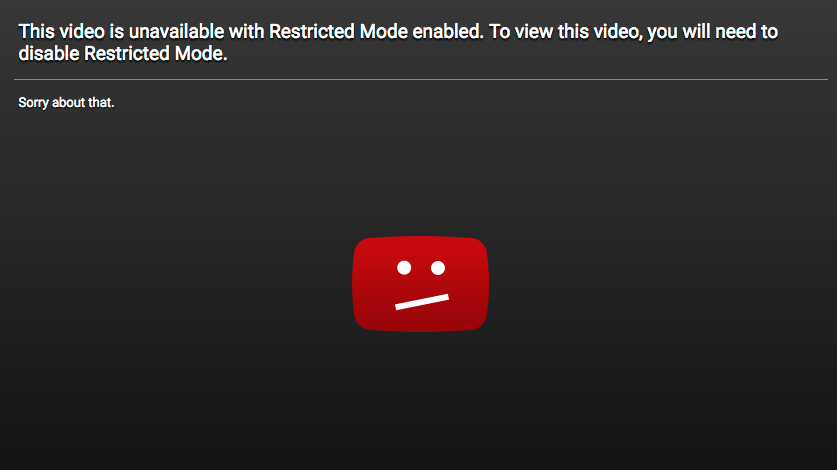 And yet there are also clear examples of videos being restricted that are hard to justify.

It’s sensible to assume that an ON/OFF family filter will cater to the most sensitive audience when turned on. As such, you would expect the filter to block out explicit language, discussion of sexual acts, and non-medical references to genitalia. But it’s easy to find videos which do not raise such issues – they just talk about things from an LGBTQ+ perspective.

Seiane Love posted a video titled ‘I Am Transgender’. In it she describes coming out as a transgender person. And not only is it acceptable, it’s also advisable for anyone who would want their child to learn about other people’s experiences:

ALL 3 OF MY RECENT VIDEOS (ABOUT ME BEING TRANS) ARE GONE AFTER YOU TURN ON HE AGE RESTRICTION FILTER I'M SO UPSET. 😡 https://t.co/IpVnL7zfph

Amelia Ace posts videos about being asexual. Her video about coming out as asexual is informative in a way that schooling often fails to be. It does mention sex, but only in a very cursory and non-descriptive way. The following video doesn’t even go that far. But viewers can’t watch either of these videos in restricted mode:

Ash Hardell is a video creator. You can see why a family filter would restrict some of her videos, as there are references to sex and grownup situations in the titles. But one noticable oddity is that the video of Ash’s wedding vows has been restricted, whereas the video of her partner’s vows has not:

LGBTQ+ creators are not the only people reporting issues. This tweet is from Austin Hargrave, who has over 1.5m subscribers on YouTube, and also has experienced restrictions:

Some main channel vids really confuse me. I'm intentionally a PG type channel. Like this vid, what's wrong with it? https://t.co/GVOsXbUbPf

It’s clear though that there’s a big difference between having a video you made about video games being restricted, and one in which you talk about your identity. Especially if you identify as part of a group which has historically been marginalised and silenced.

The Canary contacted YouTube about the issue. They were very quick to respond, and they also said that they would look into the issue. And hopefully they will. And hopefully this is simply a case of new technology being poorly rolled out. Because restricting people’s ability to talk about themselves in open and honest terms would be a huge step backwards for all of us.

– You can also read more articles on LQBTQ+ issues from The Canary here.