The far right can stop celebrating, the headscarf ban is "nothing of the sort" - The Canary 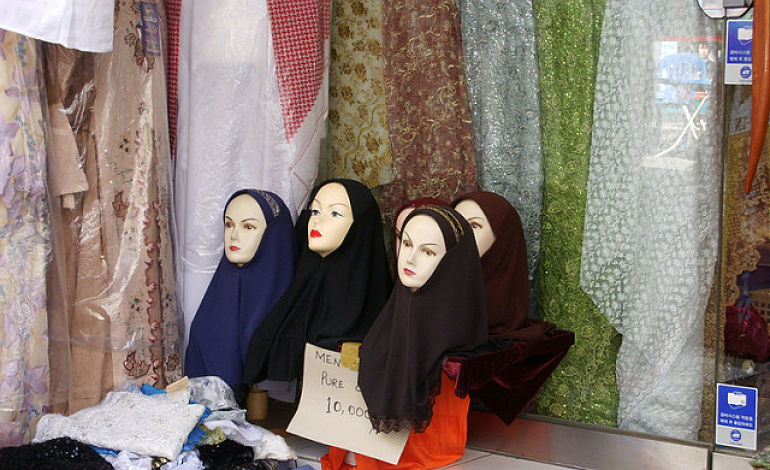 On Tuesday 14 March, the European Court of Justice (ECJ) ruled that employers can legally ban headscarves in the workplace. The right-wing in Europe celebrated the decision. But in the media frenzy we missed some important facts. And in the UK, the legal community is making a very clear statement. Employers should not think they can actually ban headscarves in the workplace.

According to the ECJ:

An internal rule of an undertaking which prohibits the visible wearing of any political, philosophical or religious sign does not constitute direct discrimination

However, in the absence of such a rule, the willingness of an employer to take account of the wishes of a customer no longer to have the employer’s services provided by a worker wearing an Islamic headscarf cannot be considered an occupational requirement that could rule out discrimination.

Many think this is concerning, as it is another shift to the right for EU members.

And as The Canary reported, some see this as a missed opportunity for the ECJ to “put a halt to the multiple discriminations faced by Muslim women and protect their fundamental rights”.

But the legal community thinks the judgment was blown out of proportion.

In Britain, nothing has changed. As Jonathan Chamberlain, an Employment law specialist from Gowling WLG, told The Canary, the so-called headscarf ban is “nothing of the sort”. He continued:

Frankly, it shouldn’t have much effect in the UK but if it does it’s most likely to be because whoever’s trying to implement any ‘ban’ has some other agenda.

Chamberlain goes on to say:

All the ruling actually said was that a uniform policy, a dress code, was okay in principle provided it wasn’t targeted at particular religious groups and applied to everyone.

But he says those restrictions have to be proportionate to its need anyway. Particularly, if it impacts on someone’s ability to practice their faith.

This has been the law for a while and Chamberlain demonstrates how the proportionality test plays out in Britain.

For instance, after a legal battle, BA check-in staff are able to wear a cross with their uniform. And hijabs are available as part of some uniforms. But schools can stop teaching assistants from wearing a face veil based on the argument it may interfere with their work. Chamberlain said:

It’s unfortunate the Court said that as a starting point a ‘neutral’ dress-code was acceptable for employees with customer facing roles. It’s clear that’s only a starting point but too many people – including some who should know better – have interpreted that to mean ‘so if you ban crosses you can ban hijabs’. It comes about in part because European Court judgements are usually relatively short: such a nuanced area might have been helped with a bit more explanation.

So, with the triggering of Article 50 just around the corner, who cares about the ECJ judgment? Chamberlain points out the many ironies:

Discrimination law has been embedded in the UK for longer than the EU, which in some ways followed the UK’s lead.

And he says that although some think Article 50 will end discrimination laws, this is a long way from happening:

There’s little doubt that some of the more fanatical Brexiters see Article 50 as an excuse to tear up all discrimination law. That though would be a post-Brexit political decision and a pretty extreme one at that.

The ECJ ruling is disappointing. We expect the highest court to uphold basic concepts of fairness. And someone being able to stop a fundamental tenet of someone’s faith seems far from fair. It goes against the spirit of human rights.

But, in practice, they still can’t do so. And employers should be very wary if they think this gives them license to start banning the hijab. Or in implementing a ‘neutral’ dress policy without just cause. Otherwise, they may be contending with a very different court ruling.

– Read more articles on Islamophobia and the EU.