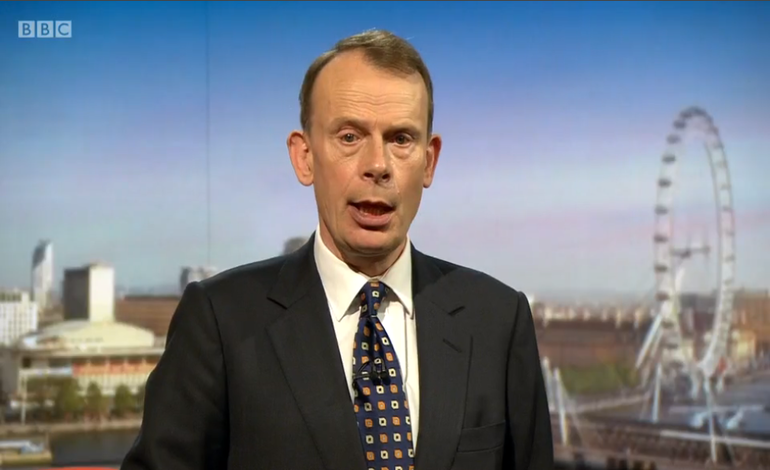 The May government is in trouble this week. An open fight with Scotland’s First Minister Nicola Sturgeon over a second independence referendum, the election expenses scandal heating up, no plan for Brexit, and her former Chancellor (and leadership foe) taking up editorship of The Evening Standard. Which may explain why The Andrew Marr Show forgot to mention the scandal that would, in a just world, bring down her government.

The DWP ‘Kill Yourself’ scandal

As The Canary‘s John Shafthauer writes:

You can read the full testimonies here. And below is an example of what chronically sick and disabled people face in their DWP assessments:

I was at my ESA assessment in Poole, Dorset, summer 2016. I was suffering from suicidal depression and cluster headache (aka suicide headache). The interview was on the third floor. I opened the window to alleviate headache symptoms and he started making jump jokes and asking why I didn’t? In front of my social worker.

She wanted me to make a complaint but my mental health couldn’t take more conflict. I had gassed myself in a tent only 8 weeks previously.

Each testimony is the true story of a human being, hounded while at their most vulnerable. And by the very people who should be supporting them into care, treatment, or work.

The reality of welfare cuts

The government’s own statistics show that between 2010 and 2011 10,600 sick and disabled people died within six weeks of their work capability assessments by Atos and the DWP.  As this horrific figure of more than one person every hour is almost too large to conceive, here are some names among that number.

Linda Wootton, 49, was on 10 different types of medication each day after a double lung and heart transplant. She was weak and suffered regular bouts of blackouts. She was put through the Atos Work Capability Assessment, and as she lay in a hospital bed dying, she received confirmation she was ‘fit to work’. She died just nine days later. Her husband Peter said:

Brian McArdle, 57, had been left paralysed down one side, blind in one eye, unable to speak properly and barely able to eat and dress himself after a stroke on Boxing Day in 2011. Despite this, he was deemed ‘fit to work’ by Atos. He died of a heart attack the day after his benefit payments were stopped.  His 13-year-old son Kieran told the Daily Record:

The government quickly stopped counting the number of people dying while undergoing work capability assessments, but as the project only accelerated – we can safely assume that things have at the least remained the same. At the rate at which people are dying, these three represent the death toll in only the last three hours. This is not the occasional poor decision. This is a Linda, a Brian, or a Colin – every hour, all day, every day, dying because this system is designed to throw people out of the social security system. Whether they need it or not.

– If you are having a mental health crisis or are feeling suicidal, contact The Samaritans by calling 116 123.