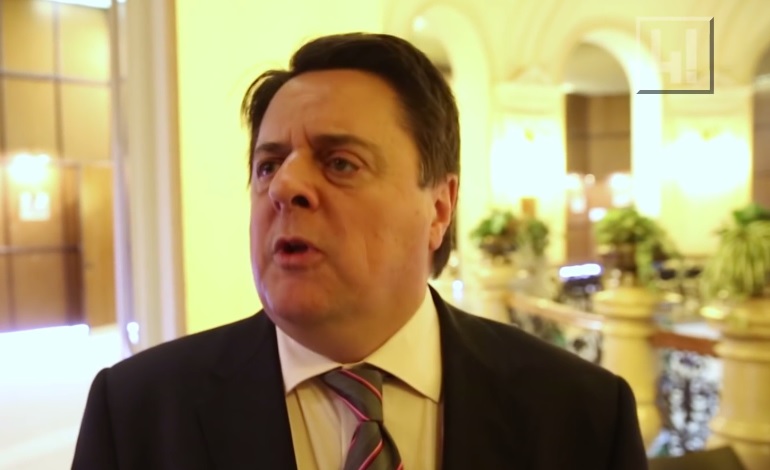 Ex-leader of the British National Party (BNP) Nick Griffin is planning to become a “refugee” in the EU. And he’s making the move quick smart, so he’s out of the UK before Brexit kicks in.

The BNP is a far-right political party. And as its Facebook page highlights, it is categorically against immigration to the UK:

At the core of British National Party policy is the belief that Immigration into Britain is a destructive agenda and must be stopped.

But now Griffin, who was chairman of the BNP for 15 years, is planning to emigrate to Hungary. And he hopes to make the move “within six months”. So Brexit, of course, won’t scupper his plans.

Griffin revealed his plans to Hungarian news site 444. He said he hoped the Hungarian government and the country’s people “will welcome people who are genuine refugees from western Europe”. Griffin also added:

There’s already a sort of nationalist emigre community building up here. There’s French, there’s Italians, there’s Swedes, and Brits as well, so it’s only a trickle at present.

Griffin didn’t seem to recognise the contradiction in that statement, or in his actions. By definition, nationalists are supposed to be devoted to their countries. But those ‘nationalist emigres’ are leaving their own country for another. And using a supranational authority like the EU to do so. That’s hardly a sign of allegiance.

The news of Griffin’s exodus met with accusations of hypocrisy. But some did greet the development with relief.

Nick Griffin, failed one-time leader of the Nazi British National Party wants to move to Hungary. Where can I contribute to the ticket?

At last, an upside to Brexit! Nick Griffin not allowed back into UK once he becomes a Hungarian citizen!

So the BNP may claim that immigration is bad. But it’s currently working out quite well for its ex-leader. And, of course, for all the people happy to see the back of him.

– Take action with Unite Against Fascism.