Three politicians were asked if they were cleaners. Because they're black women [TWEETS] - Canary 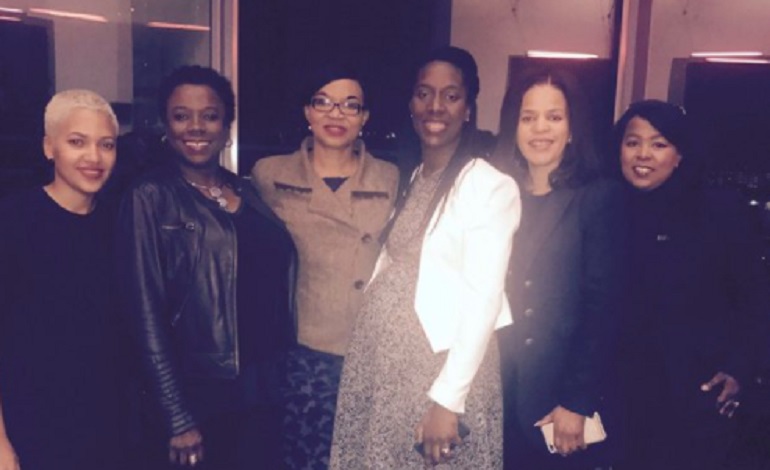 Private security staff at a conference about ethnic diversity asked three politicians from Hackney if they were “there to clean”. And the implication appears to be that it was because they’re all black women.

Councillors Carole Williams, Sade Etti and Sophie Conway were attending an event on 10 March. It was, ironically, celebrating ethnic minorities on International Women’s Day. But when they arrived at City Hall (the venue for the networking event), a security guard asked them if “they were there to clean”:

Attended an #IWD2017 event at City Hall and on arrival was asked by security if we were there to clean. The struggle continues sisters ✊🏽 pic.twitter.com/4t7dxhNucm

Williams, a Labour councillor for Hoxton West, thinks that the security guard was making an “incredibly inappropriate joke”:

He said it with a straight face, like when someone is trying to be a little bit funny… to make a joke… He looked shocked and horrified as it came out of his mouth. [I think] he knew he’d made a miscalculation with what he said, and looked like he wished he could take the words back, but it was too late. None of us responded, we just turned to the other security guard.

He’s a symptom of what’s going on in wider society. This is how society sees women and the role of women and black women and the value they attach to particular jobs.

A spokesperson for the Greater London Authority, which runs City Hall, said:

We do not tolerate discrimination of any kind and we take complaints of this nature extremely seriously. We are currently investigating this matter and will of course take action if appropriate.

Tuesday 21 March is the International Day for the Elimination of Racial Discrimination (IDERD). Its theme this year is “racial profiling”. And with incidents like the one experienced by the three councillors from Hackney, this event is, sadly, still sorely needed.

– Find out more about the IDERD.