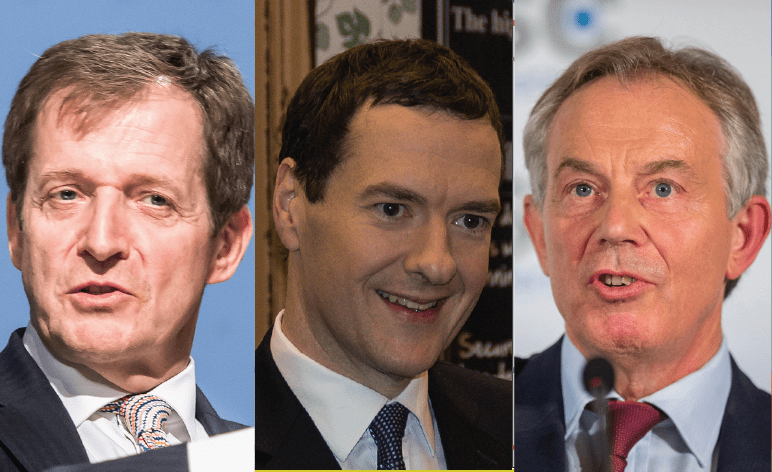 Politics moves fast these days. But if you remember back to Friday 17 March, you’ll recall that George Osborne – a sitting MP and upper-class odd-job man – was made editor of The London Evening Standard. A move that even Tories were shocked by. And yet several Labour politicians and figures within the party were supportive of the move. Those figures included the ghosts of politics past: Tony Blair and Alastair Campbell.

Congratulations to @George_Osborne – the new editor of the @EveningStandard. Covering the world's greatest city #LondonIsOpen

Campbell went in strong, but admits he was initially taken aback:

Hearing about George Osborne’s new job was not quite on a par with turning on the radio to hear ‘John Major had an affair with Edwina Currie’ – but it’s not far off it.

Campbell was also quick to defend the appointment:

There is also the question of whether or not being an MP should be considered a full time job to the exclusion of all others. I have never been wholly persuaded of that one. After all, until the calamitous referendum, he was both MP for Tatton and chancellor of the exchequer with considerable responsibility for running one of the six biggest economies in the world.

The fact that Osborne did two important jobs at once sounds impressive. Until of course you acknowledge that he was probably THE WORST Chancellor we’ve ever had. Although, to be fair, that wasn’t solely because he was over-stretched. It was also because he’s a gurning incompetent with a rancid ideology in a party full of crooks.

Tony Blair, meanwhile, told Andrew Marr something similar to what Campbell had spouted:

I don’t know whether having those jobs is do-able or not but I think it’s a great thing for the Evening Standard, why not? He’s a highly capable guy and it should make politics more interesting.

Enemy of my enemy

Campbell did have some criticisms of Osborne. In particular of the austerity programme that Labour abstained from opposing:

Although he ultimately wrapped things up by saying:

If he is true to his beliefs and, more importantly, to the readers, he will use the paper to put the kind of scrutiny on the government Brexit strategy that the Brextremist Lie Machine papers are refusing to do.

With which there are three major problems:

Do we want to go back to that?

In the New Labour years, Campbell and Blair were adept at using the media as an extension of their office. They were also skilled at showing that, on a larger level, neither of them could reliably tell right from wrong. And as such, it’s hardly surprising that they’d see no problem with a newspaper being run by the sort of poisonous character that newspapers should really be holding to account.

What is surprising is that media outlets keep giving these New Labour relics print space. And also the total lack of awareness that they show. On the one hand claiming to represent a political centre that is the ‘only rational choice’; on the other getting excited about how a Tory newspaper editor might personally benefit them. And if Osborne did have any journalistic integrity, the first people he’d call out in print would be them.

– Support The Canary here to help us bring you more of the news that matters.