The UK's denial of Trump's wiretapping allegation only scratches the surface 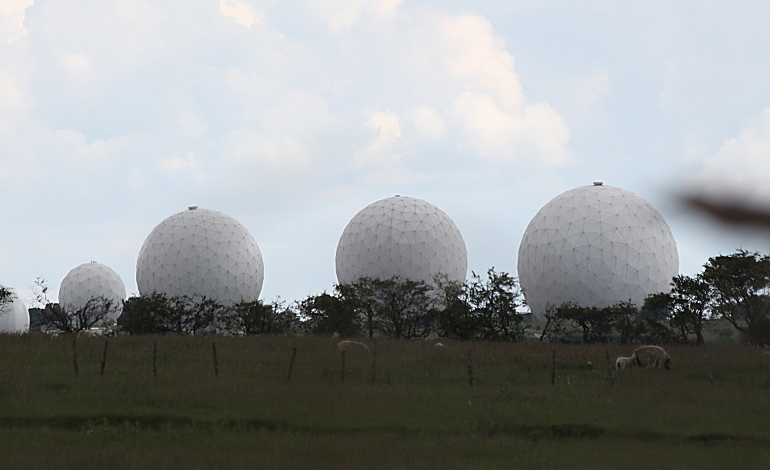 Donald Trump has alleged that phones in Trump Tower were ‘wiretapped’ before he became president. The White House media spokesperson then named GCHQ as the culprit. But the British intelligence-gathering agency strongly denied this. It did not, however, elaborate on how the National Security Agency (NSA) can actually use GCHQ’s facilities to monitor any citizen it likes. Nor did the UK or US intelligence statements defend their vast surveillance mechanisms. And NSA whistleblower Edward Snowden also had some interesting comments on the matter.

Based on the information available to us, we see no indications that Trump Tower was the subject of surveillance by any element of the United States government either before or after Election Day 2016.

White House media spokesperson Sean Spicer responded that it was GCHQ that conducted the wiretapping:

And GCHQ rebutted the allegations:

Recent allegations… about GCHQ being asked to conduct ‘wiretapping’ against the president-elect are nonsense. They are utterly ridiculous and should be ignored.

It later transpired that former CIA official Larry C Johnson was the source of the allegation.

But let’s not forget that Trump was the subject of an investigation by an ex-MI6 spy. And given Trump’s alleged business interests with Russia, it would be very surprising if no one was monitoring his communications.

Edward Snowden was unequivocal in his own response:

So the main thing that this boils down to is word games. When people in government assert that the NSA would never collect communications on an American, any American, whether they’re a president, or a congressman, or whatever, without a warrant, they are lying.

Indeed, GCHQ has always had the facility to tap into a network of cables that carries phone and internet traffic globally.

The NSA has direct access to that data, avoiding the need for a warrant by them or any British official, as long as they are monitoring from outside the UK.

Now, if you are an American citizen and they say, “I want to look at your communications. I want to listen to this person’s phone calls and everyone they contacted,” this in theory is supposed to require a warrant… [But] the communication that went overseas… that happens without a warrant.

And under section 702 of the Fisa Amendments Act (FAA), the NSA can tap without a warrant non-Americans outside the US. They can also collect communications of Americans in direct contact with foreign targets, without a warrant.

The NSA pay for services GCHQ provides to the US. Over a three-year period, this amounted to more than £100m.

In addition to GCHQ’s main facility at Cheltenham and its listening post at Morwenstow, there is Menwith Hill (pictured above). GCHQ and the NSA run this base jointly. And their operations are highly secretive. They strictly prohibit any reference to “satellites being operated or any connection to intelligence gathering”. In a 2013 audit, just under 3,000 personnel worked there, of whom around 2,200 were Americans.

The NSA has also developed a search engine called ICREACH, which includes data on US citizens who speak to those abroad, those who go abroad, and when their domestic communication is routed abroad. An ICREACH presentation refers to its Five Eyes partners (including GCHQ – slides 27/28).

The search facility shares data, authorised under Executive Order 12333. This is a Reagan-era presidential directive that enables surveillance with no court oversight.

GCHQ has commercial arrangements with all telecommunications providers, to enable interception of phone and other communications. A secret document lists these companies by code name: 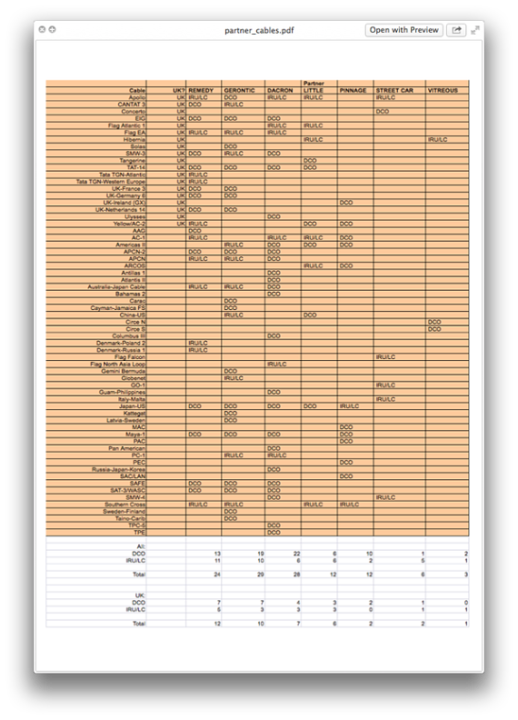 For example, Gerontic is Cable & Wireless (now Vodafone). It provides “almost 70% of the total data accessible to GCHQ from the cables”. And Remedy is British Telecom.

In October 2016, the Investigatory Powers Tribunal ruled that Britain’s security services conducted illegal practices for at least 17 years. The following month, the Investigatory Powers Act became law and retrospectively legalised those practices. But only days later, the European Court of Justice (ECJ) ruled the act unlawful. Consequently, the Home Office suspended the act, along with its warrants regime, providing limited additional checks.

The real issue is not the ‘wiretapping’ of one high-status person. It’s totalitarian surveillance applied to all. And the fight against that continues.