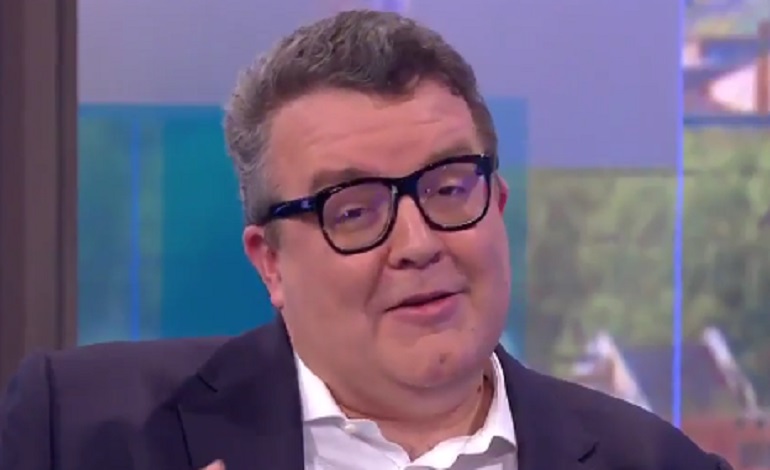 Tom Watson has accused the campaign group Momentum of trying to “take over” the Labour Party, by hatching a “secret plan” to take money from Unite the Union. But it would seem that if Watson wants to take £500,000 from a millionaire – raising serious questions about his political influence being “bought” – then that’s fine.

Reds under the bed!

On Monday 20 March, Tom Watson gave an interview on BBC Radio 4’s Today programme. He was discussing a story about Unite the Union and Momentum. As The Observer reported on Saturday 18 March, a “secret” tape recording of Momentum Leader Jon Lansman revealed:

A hard-left plot by supporters of Jeremy Corbyn to seize permanent control of the Labour party and consolidate their power by formally joining forces with the super-union Unite… The plans, described on Saturday by… Watson as “entryism”… were spelled out in detail by Jon Lansman… [He] says that if his ally Len McCluskey secures re-election as general secretary of Unite… the super-union will then link directly to Momentum by formally affiliating to it…

On the Today show, Watson said:

You’ve taken half a million quid from Max Mosley. That’s too much, isn’t it? He’s bought your influence.

Peston was referring to Mosley’s two donations to Watson’s office. As The Canary previously reported, Mosley (son of the notorious founder of the British Union of Fascists) is funding a government-approved press regulator – Impress. And his donations to Watson (whom the latter calls a “friend”) could raise eyebrows, as he is also Shadow Secretary of State for Culture, Media and Sport.

Watson told Peston that Mosley had “given a donation to the Labour Party” to help with research. But he later backtracked, saying:

the donation was given to me.

#Peston asks @tom_watson about £500k in donations he has accepted from Max Mosely pic.twitter.com/fhhfs8aqJi

I warned last year of entryism and no one can now doubt that threat is a real one.

He apparently has no objections to accepting money from millionaires with fairly blatant agendas. But he seems to consider it “entryism” that grassroots Labour members and activists want to have a say in how the party is run. And, for someone who is so opposed to the media snooping in people’s private lives, he didn’t seem bothered that Lansman’s conversation was leaked to the press.

If the Oxford English Dictionary was looking to redefine ‘hypocrite’ this year, it may like to consider changing the definition to “doing a Watson”.