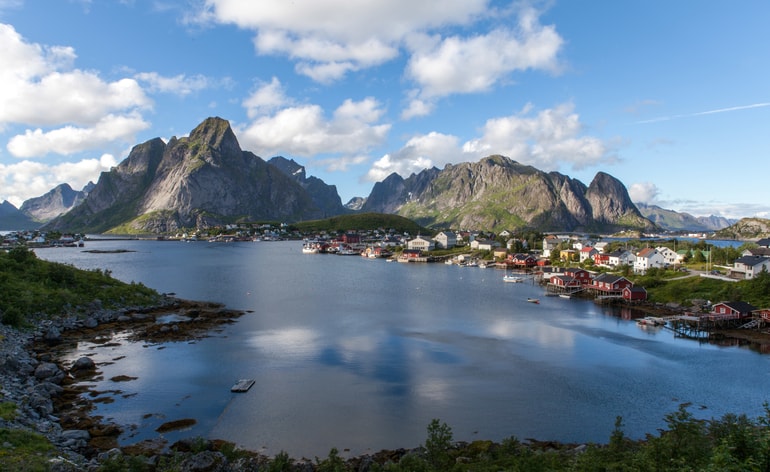 Norway is now officially the happiest place on earth. And the UK could learn a thing or two from Nordic countries on how to be a happier nation.

In the World Happiness Report 2017, the least happy country is the Central African Republic. The US dropped a place, now at 14th. And the UK rose four spots, so it’s now the 19th happiest country. But Nordic countries continue to dominate the happiness rankings, with Denmark, Iceland and Finland also in the top five. The researchers behind the latest report explain why they think this is the case.

Lead author of the report John Helliwell believes that materialism – the desire to accumulate more stuff – is central to the problem. He said:

It’s the human things that matter. If the riches make it harder to have frequent and trustworthy relationships between people, is it worth it?

He said this in reference to the fact that income in the US has been rising, but happiness has been falling. Helliwell adds that “the material can stand in the way of the human”.

Of course, you still do need the means for survival to be happy. This is why countries suffering from the highest levels of poverty tend to be at the bottom: like Burundi, Tanzania and Rwanda. So a higher income does affect happiness, but only up to a point [paywall]. After that point (one study puts it at £60,000 a year), extra money doesn’t buy extra happiness.

Some commentators argue that this has to do with widening income inequality. Kate Pickett and Richard Wilkinson, authors of The Spirit Level, say that all kinds of problems – such as poor mental health and drug addiction – are closely tied to inequality.

The authors’ basic premise – that income inequality is linked to many social ills – is backed up by the latest World Happiness Report. The Nordic countries have relatively low levels of inequality. In contrast, the US and the UK have very high levels of income inequality compared to other developed countries. Although some ‘free market’ commentators, such as Christopher Snowdon, criticise the claims made in The Spirit Level.

A sense of community

What works in the Nordic countries is a sense of community and understanding in the common good.

The World Happiness Report ranks happiness based on different factors. These include social support, the freedom to make one’s own life choices, levels of corruption in society, and how generous each person is.

Report co-author Jeffrey Sachs, from Columbia University, points out that a sense of community is deteriorating in the US. He said:

The UK also has a problem with isolation. The country has previously been voted the ‘loneliness capital of Europe’. Loneliness is a greater concern for young people. But it negatively affects the well-being, mental health and physical health of everyone.

The redistribution of wealth in Nordic countries has enabled social policies such as affordable childcare and longer paternity leave. This provides the basis for a more caring society. American scholar Joan Tronto argues that it is care that can heal a broken society.

In the UK, we are seeing levels of care declining. Tory cuts are ruining social care, A&E services, mental health services, and the welfare system. The UK is the fifth largest economy in the world. Way ahead any of the Nordic countries. So it seems that it’s not that the UK government doesn’t have the ability to care, but that it doesn’t want to. Misery remains firmly on the Conservatives’ agenda.