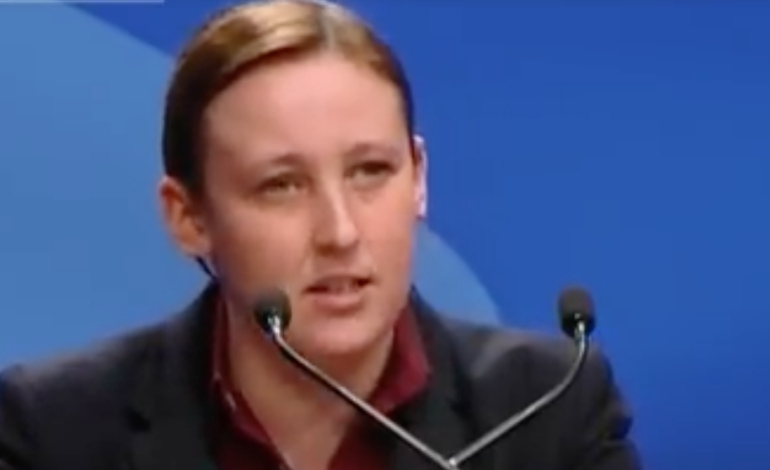 Mhairi Black has blasted the Conservative government for “making its own citizens destitute”. She made the comments during a speech at the SNP’s spring conference. She also denied reports that she plans to leave parliament, saying “I’m going nowhere until the job’s done”.

Black delivered a clear message about the state of the country and who’s fault it is:

So let’s make it clear to everyone. It wasn’t job seekers, firefighters or junior doctors that caused the financial crash. It wasn’t the fault of immigrants. Or those in work or those looking for a job. And yet these are exactly the kind of people who are endlessly punished by the Conservatives.

But not only are they not to blame, Black pointed out that they are often the victims:

And if anything, people who can’t find work are simply the victims of poor government policy that’s not creating enough suitable jobs.

A fundamental problem with the government

Black also made it apparent that there is a basic problem with the way the government operates:

Fundamentally, any government should not be making its own citizens destitute. And that is exactly what the Tory government is doing.

But Black does have a solution for Scotland:

If Westminster refuses to use the powers it has to end this cruelty, then I’ve got an idea. Let’s bring those very powers back up the road and let the Scottish government do the job right.

But in the meantime, Black isn’t going anywhere. And that’s good news for anyone who wants to see this government held to account. Whether it is on benefit sanctions – which Black described as “one of the worst things to ever come out of that place” – or women’s rights to fair pensions, she is tenacious, dedicated and speaks her mind.

Parliament is an archaic institution. And there are strong arguments that anyone who wants to make a real difference is better placed working directly with their communities. But at the same time, until there is radical change, we need as many MPs like Black as possible to hold the government to account. And to show that politics can be different.

– Find out how to get involved [pdf] with grassroots community action.