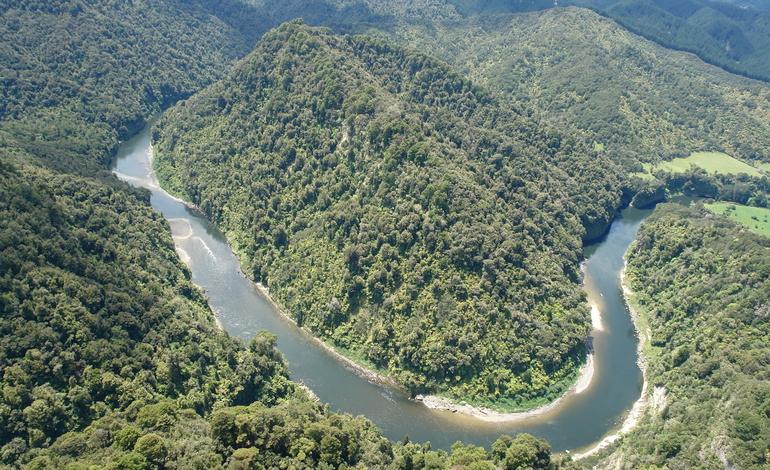 New Zealand’s Parliament has passed a bill which gives the Whanganui River the same status as a legal person. It is the first river in the world to have such a status. So it’s a pretty monumental move. But many might consider this bill strange; ridiculous even. What exactly does it mean to say a river is a legal person?

A river with legal personhood

A legal person has all the rights, duties and liabilities of a person, without being a natural person (a human being). For example, corporations are treated as persons for legal purposes.

This new law has also created an office – Te Pou Tupua – which will act as the ‘human face’ of the river. The office will speak on behalf of the river, protect its legal status, and promote the health of the river.

Treaty Negotiations Minister Chris Finlayson said the new law work would work like a charitable trust, with trustees for the river required to act in its best interest.

A different approach to protecting nature

If corporations deserve legal ‘personhood’, then why not rivers as well? This kind of law is unprecedented. But it may be what is necessary to guarantee environmental protection. Finlayson said:

There are some precedents for it overseas – there had been a lot of talk that this is actually a really good way of ensuring that the particular resource is able to have representatives to address the kind of environmental degradation that so many natural resources suffer from.

The idea of a river being a person is also completely normal for the indigenous Maori. Te Tei Hauauru MP Adrian Rurawhe said the iwi (Maori tribes) have been trying for 160 years to achieve this recognition of the river. He added:

This legislation reinforces the immense value that the indigenous Maori place on this river. Perhaps it’s time that our environmental laws caught up with this way of thinking.

Anthropologist Shepard Krech, in The Ecological Indian Myth and History (1993), has the following to say about Native American culture:

If we describe a Native American as a conservationist, we do not mean that he calculates sustainable yield into the distant future… but rather that he does not waste or despoil, exhaust or extinguish, and [he] leaves the environment and resources like animal populations in a usable state for succeeding generations.

The environmentalist Aldo Leopold wrote an essay titled The Land Ethic (1949), which calls for an ethical, caring relationship between people and nature. He writes:

The land ethic simply enlarges the boundaries of the community to include soils, waters, plants, animals, or collectively: the land.

In short, a land ethic changes the role of Homo sapiens from conqueror of the land-community to plain member and citizen of it. It implies respect for its fellow members, and also respect for the community as such.

Corporations have enjoyed legal personhood for years. We may need to entitle rivers, as well as lakes, oceans, forests and soils, with the same protections. Otherwise we will be undermining the health and wellbeing of current and future populations.