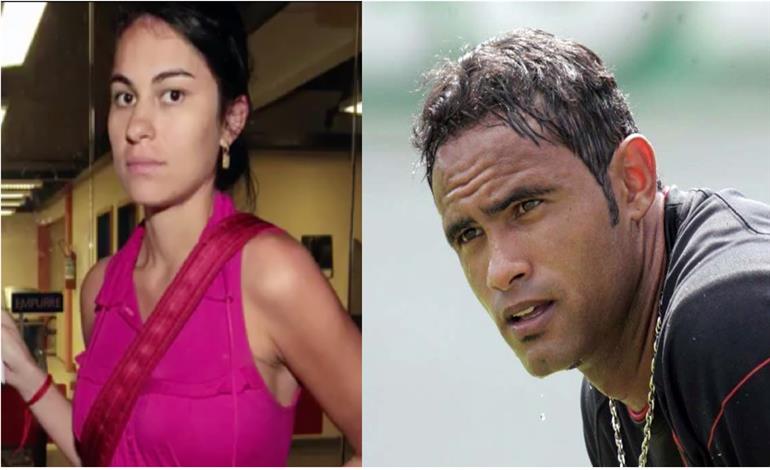 A footballer who served seven years in prison for having his former partner killed and her body fed to his dogs is now a free man. And he has already been signed by a major club to continue his top flight football career.

The killing of Eliza Samudio

Eliza Samudio was separated from Brazilian goalkeeper Bruno Fernandes when she went missing in 2010. At the time, she was suing him for child support. He had denied paternity of the child while Samudio was pregnant, but paternity tests after the child’s birth proved he was the father. Fernandes was married at the time, playing for one of Brazil’s most popular football clubs (Flamengo) and negotiating a lucrative contract with Italian club AC Milan. After Samudio’s disappearance, the child was found with Fernandes’ wife.

The footballer’s 17-year-old nephew later confessed to helping kidnap Samudio for his uncle, and confirmed she had been murdered. He refused to reveal the location of her body.

It was later revealed that 25-year-old Samudio had been kidnapped and tortured. As The Telegraph reports:

she was lured, with her son, into a car with the promise that Fernandes was going to give her a house. Instead she was pistol-whipped and driven to Fernandes’s apartment, where she was tied to a chair and tortured for six days, in front of her son.

Fernandes’s wife, another lover, a cousin and a former police officer, Marcos Santos, all took turns to beat her. It is claimed Fernandes himself watched as Santos committed “barbaric tortures” on the victim, playing music to drown out her screams before strangling her with a tie in front of her son.

Her body was then chopped up and fed to the dogs, with the bones buried in concrete.

They tied her hands, and this other individual strangled her.

Later they deboned and disemboweled her.

The prosecution and aftermath

In March 2013, Fernandes was sentenced to 22 years in prison for his part in the crimes. He admitted full knowledge of the kidnap, torture and murder, despite having told police previously that Samudio had left the country to find peace with her child.

But after serving just seven years, Fernandes is out of jail while he appeals his case. And he has been signed immediately by another major club (Boa Esporte) to continue his career in football. The club stated in a Facebook post:

In Brazil we do not condemn people to death or to prison forever… Therefore, when a prisoner is released, they can find means of forming part of society; working and gaining dignity through work.

Others argue that, when a man commits such an egregious crime, he should not be allowed to pick up a high-profile, lucrative career where he left off. A statement released by a local feminist group says:

We protest both against this contract and against the willingness of the team and its sponsors to have their images linked to feminicide.

A woman-killer must not be allowed a life acclaimed by the media. Bruno is no longer just a goalkeeper; his notoriety reflects the ease with which a woman’s life is forgotten in the interests of a sporting career.

Major sponsors have already withdrawn funding from the team, and protests are planned to oppose the decision to sign Fernandes. But the club shows no signs of reversing the decision.