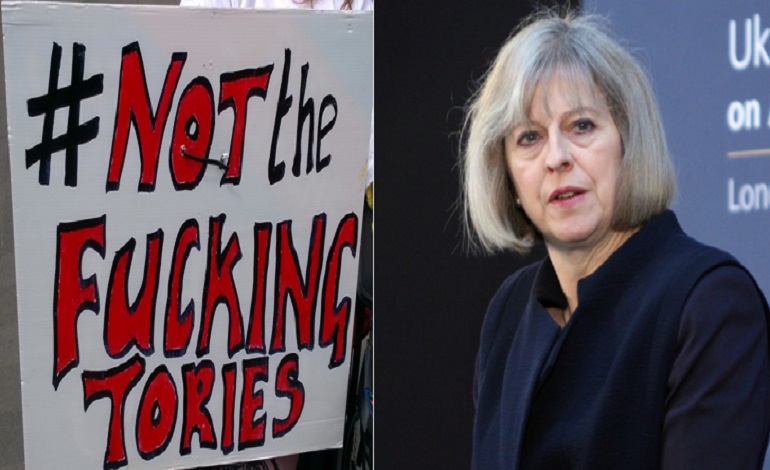 On Tuesday 2 May, a group of voters gave a stark warning to Theresa May, right outside parliament and Tory HQ. And it’s one that she’d do well to heed, as the message represents around 12 million people who will be voting in the general election on 8 June.

Disabled People Against Cuts (DPAC) organised a protest opposite parliament. Its message was a simple one: to #TrashTheTories in the upcoming election. And asking people to remember, when voting, #NotTheFuckingTories.

But the reason behind DPAC’s message was what the UN described as “grave” and “systematic” violations of disabled people’s human rights. All committed by the Conservatives.

Since the Tories first came to power in 2010, deaf, disabled and sick people, including those living with mental health issues, have been the subject of countless benefit cuts. The UN also says they have also been “disproportionately” affected by successive governments imposing years of austerity. And nearly half of all poverty in the UK is directly linked to disability.

So members and supporters of DPAC decided to raise awareness of just what the Tories have done to their community.

Trash May. Trash the Tories.

Around 80-100 disabled people and their supporters gathered outside parliament. They wore T-shirts saying “Who 2 Vote 4? #NotTheFuckingTories”. Members of the Mental Health Resistance Network (MHRN) were also present: 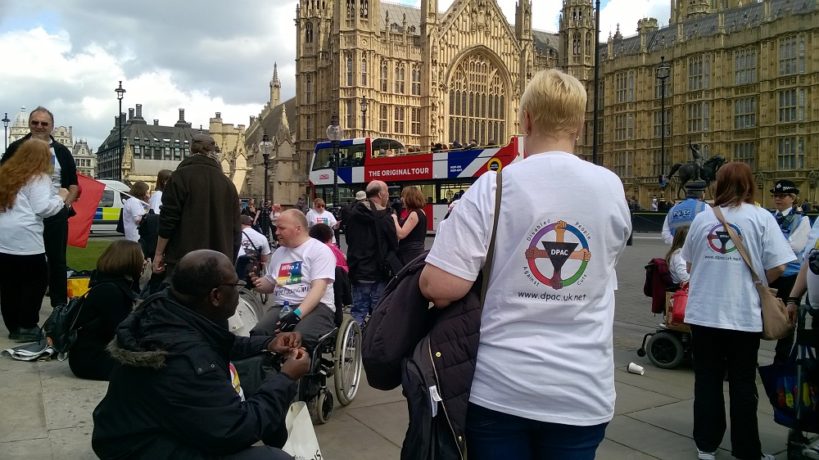 The protesters then marched from parliament to Conservative Party Central Office. Chants of “Tories! Out!” and “We Are All Daniel Blake!” were directed at the office: 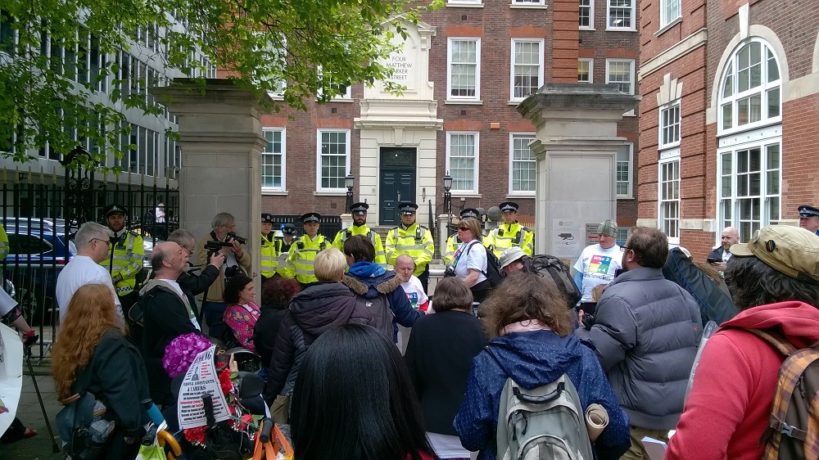 Paula Peters from DPAC’s steer group had this to say to the Tories inside:

An arm of the Tories?

The police were present, and many protesters felt that the five police vans and around 30 uniformed officers were unnecessarily heavy-handed: 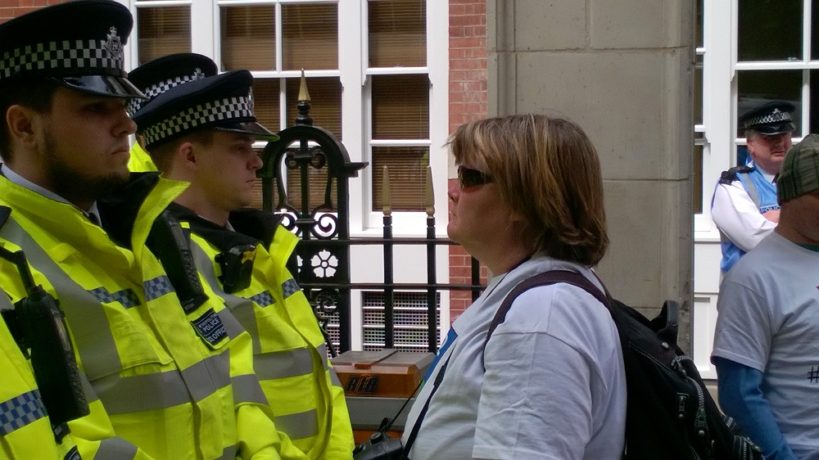 Protesters then moved back to Westminster, where they blocked the main road outside parliament for around 90 minutes. The police made repeated attempts to threaten disabled people with arrest. But none were made. Many protesters were also speaking to passers by, explaining why the action was taking place. The protesters were peaceful, but resolute in their action: 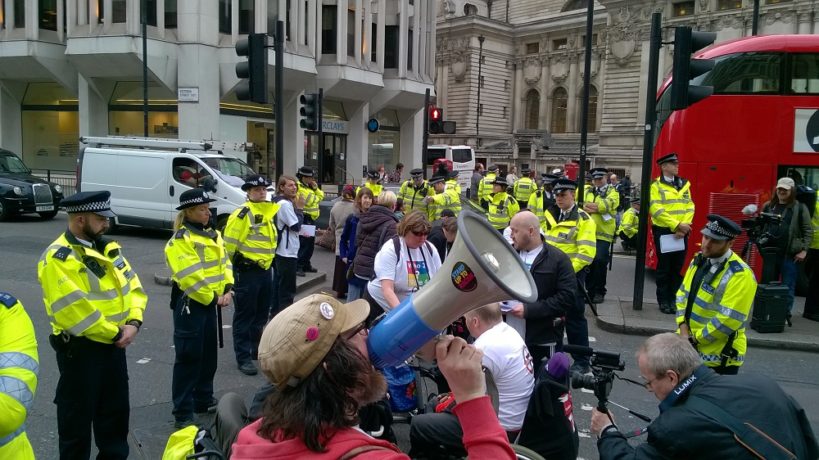 Nicola Jeffery from the DPAC steer group had this to say to one uniformed officer:

Disabled people have suffered terribly at the hands of the Tories. And DPAC and the MHRN have been at the forefront of campaigning to expose just what successive governments have done to their communities. But at the election on 8 June, people have a chance to make their voices heard. And the campaigners’ message is clear: vote for anyone, but not the Tories.

Featured image via The Canary/Flickr