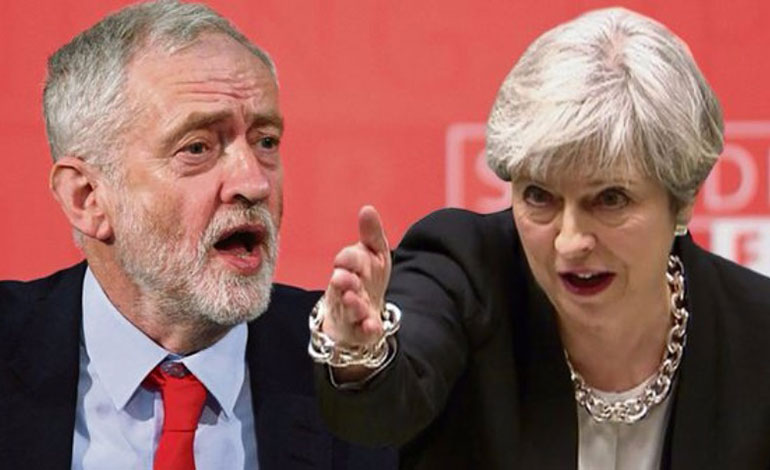 Meet Jez. No, not that one. Jez is a junior doctor who’s had enough of media bias and Conservative-inflicted austerity. With a group of his friends, he’s on a mission to expose what’s really happening to our NHS and our country through an election video of his own. But they first need the public’s support.

Jez is an A&E doctor. Along with his friends Gareth (a public sector advisor) and Sam (who works in creative arts), he is crowdfunding to create an election video that exposes the true effects of the NHS crisis. He also aims to showcase the bias of mainstream media outlets, the damage inflicted by Conservative policies, and the problem of wealth inequality and tax evasion. He writes:

Having seen first-hand the damage the Tories are doing to the NHS, and the rest of society, I am helping to put together a video to help people understand what is really happening in our country and how the election result will affect us all.

We are crowdfunding to produce a short (5-6 mins) animated video revealing the factual truth about the Tories. The intention is to release this in time to sway voters before the election.

The aim of the video is to encourage voters to really think about their vote and not be swayed by biased media and propaganda. Commenting on Theresa May’s jargon-filled interviews, he writes:

And if we, as humans, are repeatedly told the same messages enough times we begin to believe them… even if they’re not true. “Strong and stable leadership”  x 3. You might say it’s clever advertising, but really, it doesn’t tell us anything.

It seems the Conservatives have made this election all about Brexit. And yes, it’s undeniably important, but what about everything else? The NHS, jobs, education… What kind of country are we actually voting for if we choose to vote Conservative?

Conservatives and the NHS

Privatisation in the NHS had begun well before May’s government, even before the time of Tony Blair’s government. But in recent years, further privatisation measures under David Cameron and Theresa May have been creeping in. To disastrous effect. An increasing number of private companies are now providing NHS services. This includes companies like Virgin Care, which have taken ownership of healthcare services, transport and catering. The Conservative government has also continued to slash services, and waiting times have grown. Jeremy Hunt, meanwhile, has waged a war on junior doctors over their contracts, and has slashed bursaries for trainee nurses. Things were so bad in the NHS that the Red Cross described the situation as a “humanitarian crisis” earlier this year.

It would be ludicrous to think that every health care professional won’t vote Conservative on 8 June. Some may. But from what a large percentage are telling us, we can probably assume that the majority won’t. And that’s because of their experiences. They are seeing first hand what the Conservatives’ policies are doing to the NHS.

Jez and his friends are fighting back to make sure we make the right decision for the future of our health care.

– Find out more about Jez’s campaign and help him reach his crowdfunding goal.

– Read more about the NHS from The Canary.