‘The Rubbish Party’ just won its first seat in Scotland, and people want the councillor on BBC Question Time - Canary 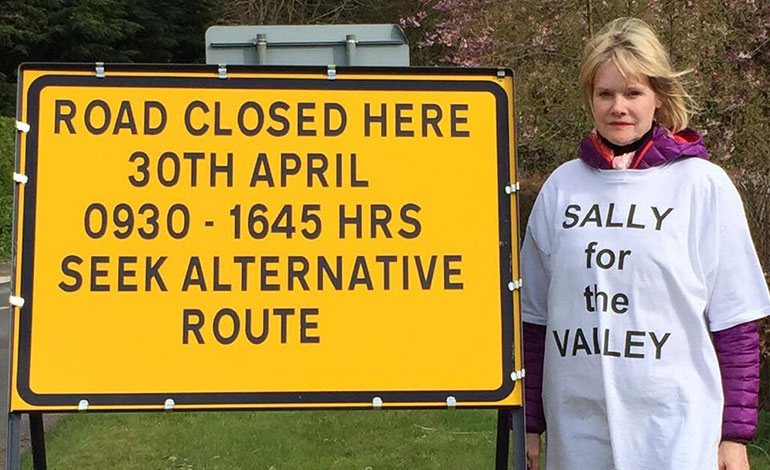 A candidate for an independent party known as ‘The Rubbish Party’ just won its first ever seat in the local council elections in Scotland. At the time of writing, it’s beating UKIP – who’ve yet to secure a seat. But people are already asking if we’ll be seeing the new candidate on BBC Question Time.

According to its website, “The Rubbish Party was founded in March 2017 by Sally Cogley who lives in Galston, East Ayrshire”. It’s an independent party that appears to have only one candidate, Sally Cogley. As its name suggests, its main party policy is to: “rid the local community of all types of ‘rubbish’ from wasted resources to littering and dog fouling”.

And it certainly seemed to strike a chord with members of the public in East Ayrshire, as Cogley won her first seat in Irvine Valley.

Sally for the Valley

According to Cogley, “it’s all about the Valley”. After working as a community councillor for over 10 years, she decided to run in the elections to rid the Irvine Valley of rubbish; and in turn make the area a better place to work, live and visit. With no apparent “wider political ambitions”, Cogley appears to just want to serve her constituents and “believes in zero tolerance towards wasted resources, littering, fly tipping and dog fouling”.

Many voters were quick to congratulate this one-woman party. Many also stated that she should make an appearance on BBC Question Time:

When's the Rubbish Party getting its rightly deserved seat on #bbcqt https://t.co/u2ke0OfJJj

Currently, "The Rubbish Party" hold more seats than UKIP.
Will we now see them on #bbcqt? https://t.co/EBAgClmXCB

As to be expected, the name of the party also proved a case for humour:

For a 'strong and stable' bin collection, vote "The Rubbish Party". https://t.co/Ck1r42bnuU

"A candidate for the Rubbish Party has been elected to East Ayrshire Council." but arent they ALL the rubbish party? #obvious

Some also picked up on the fact that the party was doing better than UKIP, who at present have yet to secure a seat.

Whatever the name of her party, it’s promising to see how one person can make a big difference. From nowhere, Cogley has launched her own party and secured her first seat in the space of three months. She’s on a mission to sort out what she deems are important local issues. And it appears the people of Irvine Valley have faith in her.

– Read more about the upcoming General Election on The Canary

– Find out more about The Rubbish Party