Judging by this week's Question Time, it looks like the Tories will just lie to win the election [VIDEO] - The Canary 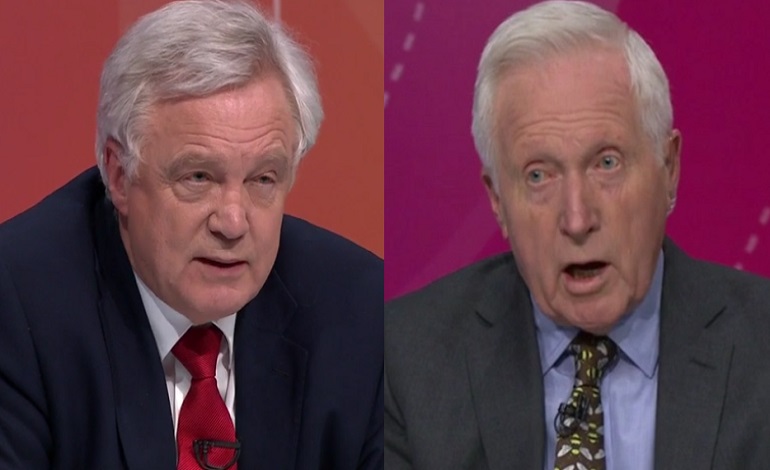 On Thursday 4 May, BBC Question Time came from Wigan. And Brexit Secretary David Davis was on the panel for the Conservative Party. But his performance was hardly a glowing reflection of the Tories, as he repeatedly lied throughout the programme.

For example, Davis repeatedly said that work is the best way out of poverty:

But the facts simply do not support this:

Food banks were another topic that came up on Question Time. But Davis denied that the Tories were responsible for the increase in food bank use. He claimed that Theresa May was right to say there are “complex reasons” why people go to food banks:

Davis may say that people going to food banks is not something the Tories “want to see”. But under their watch:

An audience member brought up the NHS. And members of the Question Time panel, including Plaid Cymru leader Leanne Wood, said the Tories were trying to “privatise” the health service. But Davis denied this, saying:

But once again, this is simply not the case. Because there are facts:

The fact that a senior Tory like Davis can publicly lie as he did on Question Time is unsurprising. And it encapsulates the Conservatives’ attitude to the public. But when May still refuses to take part in televised debates for the general election, you know that her party’s record speaks for itself. That is, it’s appalling. And no amount of deceit from the Tories can hide that fact.