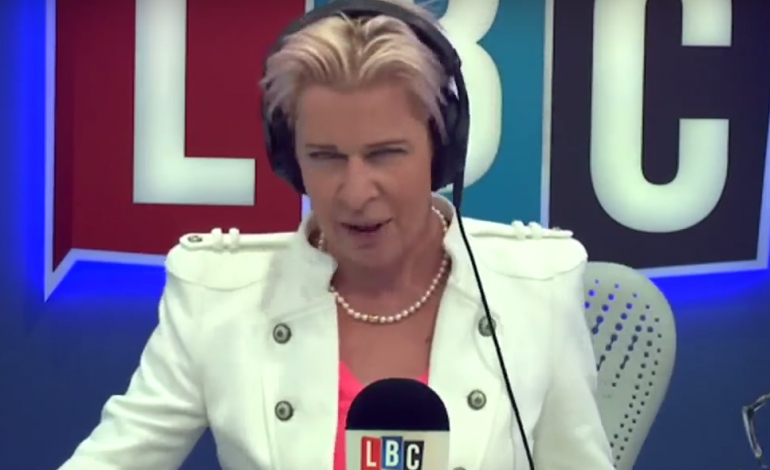 Katie Hopkins is a troll, whose tweets reliably cause public outrage. But her most recent tweet has led people to call for her to be sacked as LBC presenter. In an attack on the hugely popular Netflix show Dear White People, Hopkins tweeted: “Dear black people. If your lives matter why do you stab and shoot each other so much.”

In case you missed it @KTHopkins posted this and then took it down pic.twitter.com/9Xz0JG1siL

In response, Johnson Adeyanju (of social work charity Frontline – Changing Lives) launched a petition calling for Hopkins to be removed from LBC radio. The petition has so far attracted tens of thousands of signatures.

Given that Hopkins took down the tweet, even she may have thought it was a bit too inflammatory. But that’s putting it mildly. People took to Twitter to express their disgust at her “vile racism”.

Vile racism from Katie Hopkins is now a normal affair (via @shonfaye). What does her employer @LBC think? pic.twitter.com/6y1emN9Ma1

And people think that, if LBC had any sense, it would immediately get rid of her:

Even for Hopkins this is a new low. In any sane world this would be an immediate sackable offence. Sort it out @LBC. https://t.co/aptiCv7AST

But Hopkins attracts a lot of listeners and attention to LBC. So whether the station does sack her depends on what its priorities are. Does it value popularity and revenue, or integrity and respectability?

Hopkins is already infamous for her attitudes towards immigrants and people with mental health issues. Yet she still has a platform on LBC to spout these views.

Hopkins has previously said she “will be fired one day” from LBC for going too far with her comments.

A dig at Black Lives Matter

It’s hard to say whether Hopkins genuinely perceives the show Dear White People as an attack on white people, or if she was just looking for an excuse to promote racist attitudes. Of course, both factors could be at play.

In any case, the tweet is a dig at the Black Lives Matter movement. She parrots the argument made by other right-wing commentators who say that black lives can’t possibly matter to Black Lives Matter because of black-on-black crime.

When the trailer was released for Dear White People, the show was accused of being racist. Right-wing Twitter user @BakedAlaska said the show is “anti-white” and “promotes white genocide”. He and other right-wing trolls called for a Netflix boycott in response.

It’s strange that those on the right, who so often complain about the left being too easily offended – using terms like ‘precious snowflakes’ – could feel so threatened and worked up by a satirical TV show. It clearly angered Hopkins. And she tried to take back what she said. But it’s too late. It’s out there for the world to see. So let’s see what, if anything, LBC has to say about it.

– Sign the petition to get Katie Hopkins sacked from LBC.