The 26-year-old from Bristol who fought against terrorism, but is now being treated like a criminal - Canary Workers’ Co-op 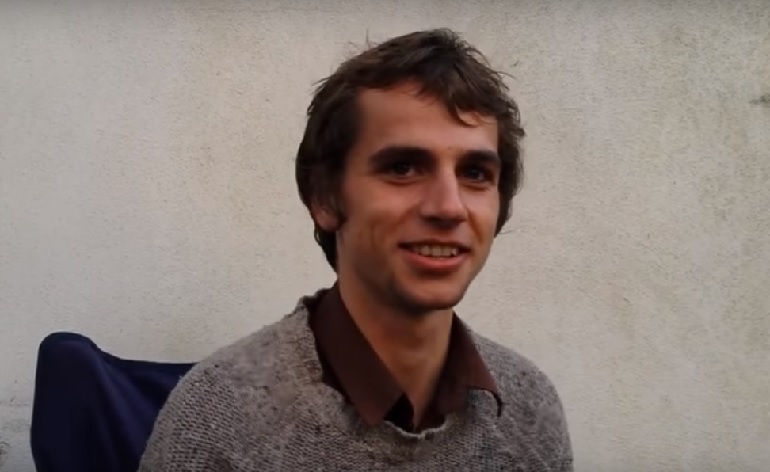 Bristolian Josh Walker went out to northern Syria to fight against Daesh (Isis/Isil) in 2016. He stayed there for six months, living and fighting alongside some of the most effective ground forces in the battle against Daesh terror. But upon his return to Britain, he didn’t receive the hero’s welcome he might’ve expected. Instead, he will appear in court on 5 May to face terrorism-related charges.

Walker is one of a number of British volunteers who have joined the fight against Daesh alongside the Kurdish-led YPG forces of Rojava (in northern Syria). These forces have been defending a secular, multi-ethnic, and feminist experiment in direct democracy since 2012. They’re also among the most effective anti-Daesh ground forces, and are currently advancing on the self-proclaimed Daesh capital of Raqqa as part of the Syrian Democratic Forces (SDF).

The 26-year-old told The Bristol Post that “George Orwell and the Welsh miners who went to fight in the Spanish civil war [against fascism] inspired me”, and he insisted:

There are very few examples of a democratic socialist revolution anywhere in the world… I was inspired by what they were trying to do… they’ve made huge strides – in women’s rights, in representing the different religions and cultures in the region.

After six months with the YPG, Walker returned to Britain. He was arrested at Gatwick Airport under the Terrorism Act upon his arrival, but was soon released on bail.

On 28 April, however, Walker got some bad news. Upon answering bail at a Welsh police station, he was told that he was being charged with what the Welsh Extremism and Counter Terrorism Unit called “collecting or making a record of information that is of a kind likely to be useful to a person committing or preparing an act of terrorism, an offence under Section 58 of the Terrorism Act 2000”.

His preliminary hearing will be at Westminster Magistrates Court in the early afternoon of 5 May.

Regarding the hearing, a Kurdistan Solidarity Campaign press release read:

In our opinion this case has more to do with Monty Python than any serious interpretation of UK law. It is a complete waste of taxpayers’ money and demonstrates the absolute bankruptcy of the ‘anti-terror’ legislation in this country.

But Walker’s case is hardly unique. As The Canary has previously reported, Western governments have long treated the anti-Daesh fighters of the YPG as criminals. The main reason being that NATO member Turkey is currently at war with the YPG’s allies in the Kurdistan Workers Party (PKK). For this reason, the Turkish state considers the PKK (and the YPG) to be a terrorist group. And while the UN does not, the US and the EU do – albeit for purely political reasons. In reality, however, the PKK and its allies have consistently condemned attacks on civilians, and have never attacked Western targets.

Essentially, then, Western governments treat people who have fought against Daesh as terrorists because their Turkish allies want them to.

Josh Walker’s case may only just be starting. But it highlights the urgent need for a serious foreign policy rethink in Britain. Do we want to follow Theresa May’s path of putting business before human rights, happily selling arms to anti-democratic and criminal regimes like the one currently ruling in Turkey? Or do we want to be supporting local people in Syria who are seeking to defeat Daesh not only on the battlefield, but also ideologically; defeating hatred and injustice with cooperation and democracy?

That’s the conversation we need to be having. About getting our priorities straight. And we need to do that sooner rather than later. Because civilian lives and the prospects for a lasting peace in the Middle East depend on it.

– If you’d like to show your support for Josh Walker, join the Kurdistan Solidarity Campaign outside Westminster Magistrates Court from 12 noon on 5 May.

– Write to your MP. Ask them to respond to Daesh terror by recognising the progressive alternative of Rojava; and to urge Britain’s international allies (such as Turkey) to search for peace rather than perpetuating war.

– Register to vote in the 8 June general election. If you don’t have a national insurance number, call 0300 200 3500 and you should receive one in ten days.

– Read more Canary articles on Syria and Rojava. See more international reporting from us at The Canary Global. And learn more about the process underway in Rojava by reading this introduction book or this detailed investigation.