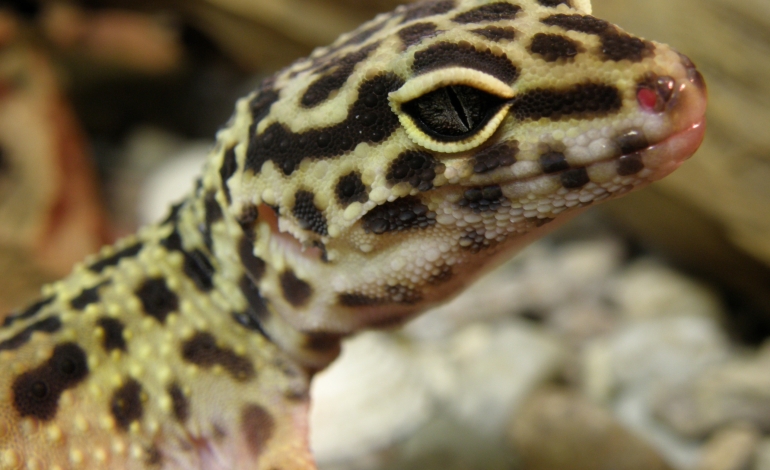 Amanda Bibby from Aberdeenshire is calling for more severe punishments for animal cruelty. It comes after Daniel Innes, 20, and Jordan McIsaac, 18, shredded Bibby’s pet gecko in a blender. She said it affected her 12-year-old daughter “quite extremely because the images she has in her head will not go away”.

In Scotland, the maximum prison time for cruelty against animals is one year. The maximum sentence in England and Wales is six months (with the average prison term being 3.3 months). In contrast, the toughest sentence in Northern Ireland and Ireland is five years.

Sheriff Philip Mann told Innes and McIsaac that their crime was “chillingly evil” and a “matter of great concern”. Mann suggested that the two young men contact the Scottish SPCA animal charity, asking if they can make amends. If the two young men return to Banff Sheriff Court in October with a positive letter from the charity, the sheriff says he won’t send Innes and McIsaac to jail. He advised them to demonstrate that they felt remorse for what they had done.

Bibby believes that sentences should reflect the severity of the crime. If Innes and McIsaac avoid jail time, what would this say about the criminal justice system? Dorset Police and Crime Commissioner Martyn Underhill argues that penalties for animal cruelty in England and Wales are “extremely lenient” and “totally inadequate”.

Underhill refers to a recent report which found that 92% of offenders who abused pets over the last 10 years managed to avoid prison time. As a nation of supposed pet lovers, we consistently disregard the welfare of these animals. Underhill added that Britain is “far laxer” than other countries when it comes to these crimes. The law makes animal cruelty a less serious crime than fly-tipping and, in Bibby’s view, fails to act as a deterrent.

What does the government have to say in regards to current animal cruelty legislation? In its view, “we have the best animal welfare in the world and we are a nation of animal lovers”. The Environment, Food and Rural Affairs Committee stressed that the law needs to be changed. In a report, it stated:

The current penalties for animal welfare offences in England are amongst the lowest in Europe. We recommend that the maximum penalty is increased to five years.

This is what Battersea Dogs & Cats Home is campaigning for. And the campaign has widespread support. But in response to the committee’s suggestion, the government said:

The government isn’t moved by the fact that animal cruelty is on the rise. Nor does it care that only 8% of offenders receive jail time for their crimes. The government’s refusal to acknowledge the problem, and its insistence on maintaining standards which harm animals, means that change could be hard to come by.

– Write to your MP about raising the maximum sentence for animal cruelty, and support Battersea.