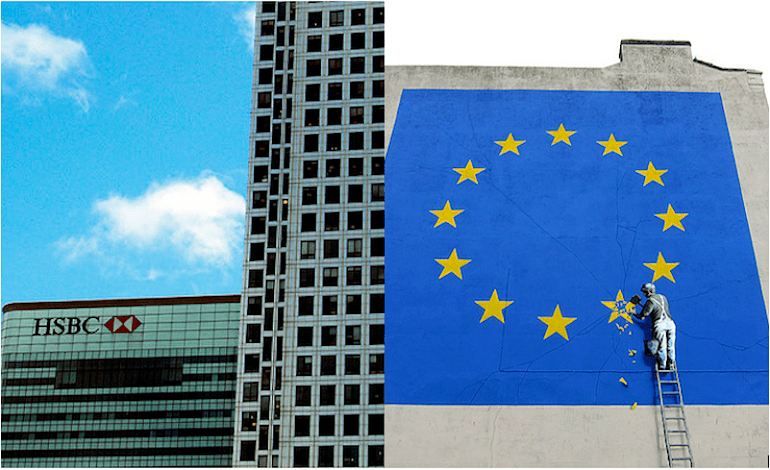 Big businesses and banks are dominating the Brexit process in secret meetings, according to a report by Global Justice Now and the Corporate Europe Observatory (CEO).

The report [pdf] reveals that Brexit ministers have held six meetings with corporate lobby groups for every one held with civil society groups. In fact, big business made up 70% of all 278 meetings on record.

The finance sector has in fact dominated [pdf] interests among the meetings. And big hitters like TheCityUK, HSBC and Goldman Sachs were present at 18 of 46 meetings with the banking sector. Contrast this with Britain’s two biggest trade unions, which have had just two meetings on record: 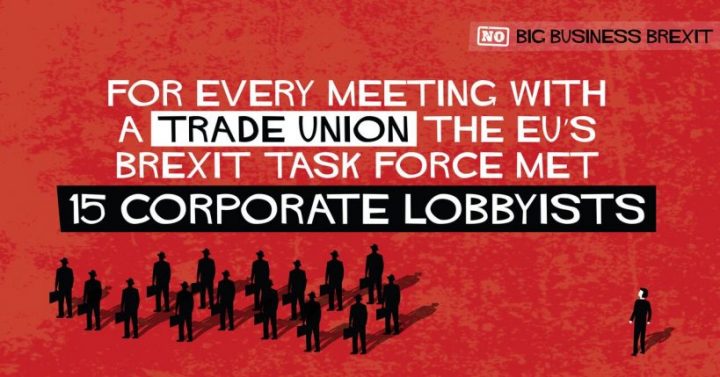 This corporate bias follows a similar pattern that the two campaign groups highlighted in an earlier report. Findings in July 2017 showed corporate lobbyists were dominating meetings with trade ministers who are developing post-Brexit trade relationships.

Furthermore, small and medium sized businesses represent 99.9% of private sector organisations in the UK. But the latest report says [pdf] they are “drastically outnumbered” by ‘big business’.

The corporate bias that has been exposed in this list of meetings shows that we are veering dangerously towards a ‘big business Brexit’ rather than a Brexit that might take into account the wider needs of UK society.

In fact, the report says [pdf] that the bias may be far more wide-reaching. And it made the following observations about transparency:

In short, we do not know who Brexit officials and ministers are meeting with, what they are discussing, or when.

Brexit will strongly affect people’s private and professional lives in the UK, so it is vital that the process is as transparent as possible and that many different interests are consulted.

Baylock added that the opaque process and lack of representation had wider ramifications:

there is every chance that the UK government will use Brexit as an opportunity to do away will all manner of vital protections relating to labour rights, consumer standards and the environment.

The report also shows that EU officials took three meetings with corporate lobby groups for every one they held with civil society. And their transparency record is also wanting, despite the chief Brexit negotiator in Brussels, Michel Barnier, vouching [pdf] that there would be unprecedented transparency during the Brexit process.

Current Brexit negotiations are no further forward as Davis flew to Brussels on Monday 28 August to meet with Barnier. And the general public is none the wiser as to what a post-Brexit Britain may look like. But it seems that the interests of big businesses and banks are getting more access to the negotiating table than those representing the majority of Britain.

– Read [pdf] the full briefing and view the datasets.

– Write to your MP asking them to seek more transparency around Brexit meetings.